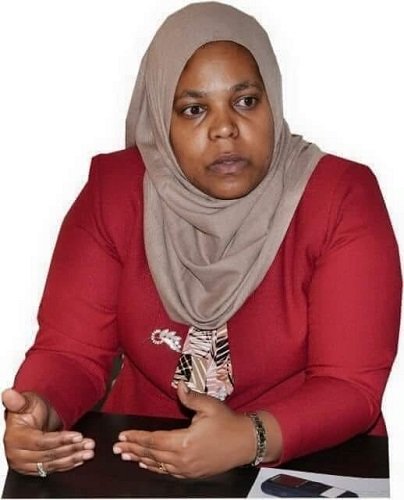 She was elected as chairwoman of SEPDM in an emergency meeting of the central committee to replace Shiferaw Shigute who tendered his resignation as chairman of the party only after serving for a few months in that role. His resignation has something to do with ethnic based violence in the region in the past four or so weeks as he was implicated in involving himself in manufacturing conflict. Shiferaw told state media reporters earlier today that the conflict that happened in the region is part of the reason for his resignation.

There have been reports of division and wrangling within SPEDM since the former prime minister,Hailemariam Desalgne, announced his resignation as its chairman in mid-February.

Muferiat was appointed as speaker of House of Representative in April of this year, following the election of prime minister Abiy Ahmed as prime minister. She became minister for Women affair, under the administration of the late Meles Zenawi, only at the age of 32 in 2008. She also has an experience as public relation officer in the EPRDF office in the capital Addis Ababa.

Her academic background is in Agriculture and holds BSc from what was called back then Alemaya Univerversity, now Haromaya, in the year 2000.