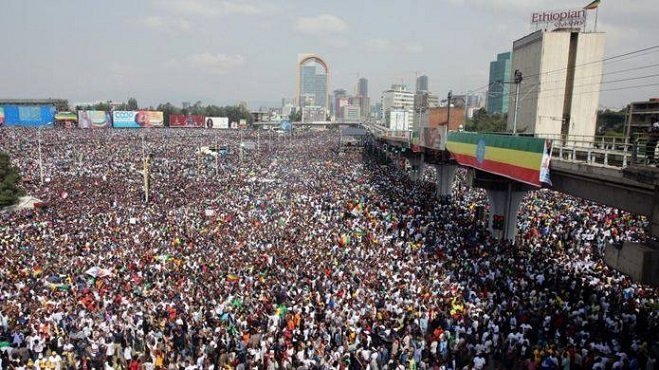 United Nations Secretary General,António Guterres,condemned the attack in a rally at Addis Ababa which draw an estimated four million people, the largest in the recent history of Ethiopia.

The statement from his spokesperson reads :

It is confirmed from state media sources that number of death toll has reached two and 164 people have sustained wounds, ten of them life threatening. Prime minister Abiy Ahmed and his deputy, Demeke Mekonen, visited victims yesterday in the evening at Tikur Anbessas hospital.

Similarly, the chairperson of the African Union,Moussa Faki Mahamat, condemned what he called “cowardly attack.” The chairperson also expressed with the government and people of Ethiopia.

According to reports from Ethiopia, the grenade explosion happened behind the stage where prime minister Abiy Ahmed was speaking from and it happened soon after he finished his speech.

Residents of Addis Ababa who attended the rally say that there were police check points from four directions to Meskel square, where the rally happened, and hundreds of police officers were checking for weapons.

Suspects who are believed to have carried out the attack were dressed in police uniforms to pass the check point and get close to a close range to the stage.