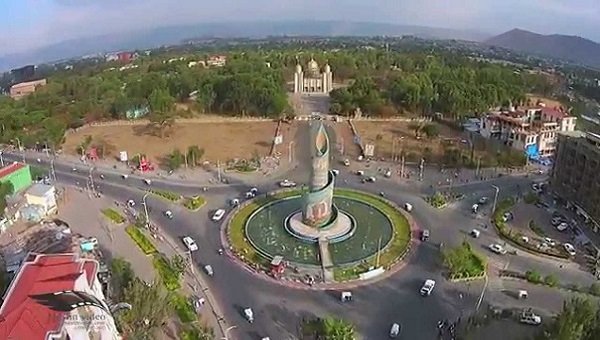 Ethiopia’s Southern Nations Nationalities and Peoples region administration admit that 15 civilians are killed in the last three days due to the violence in Hawassa, Wolkite and Wolaita Sodo towns.

The deadliest one took place in Hawassa, a resort city in Southern Ethiopia, otherwise known for its warm social relation that gives no room for linguistic in social interaction. And what took many,who are familiar to the city, by surprise is that the violence was ethnic based between different ethnic groups. Eye witness accounts from the city claim that there were instances where residents were attacked simply because they belong to this or that ethnic group. Based on government report, at least 10 are killed and more than 80 wounded. The conditions of some of the wounded is said to be life threatening. Machetes and spears were used in the conflict.

The violence happened in the course of the two weeks long new year’s celebration of Sidama speaking people in the region which is known as Chembelala, a UNESCO registered cultural heritage.

Sidama youth were demanding for a regional state of their own and an end to the status of Zone in the region as they were celebrating their new year but it is not clear how they got into violence with youth from Wolaita speaking groups. Sidama speaking population in the region is believed to constitute between 3.5 and 4 million.

The week also saw another deadly violence in the towns of Wolaita Sodo and Wolkite. Government linked Fana Broadcasting reported yesterday that 2 people are killed in Wolkite, where ethnic kebena were reportedly attacking ethnic Gurage. Property worth millions of birr is destroyed,according to government media source. In Wolaita, 3 people are killed and 10 wounded.

Relative calm is restored in the towns after three days of violence.

Government is said to have made arrests of those who are believed to have been involved in manufucturing the violence but no further detail is available at this writing.

In a televised ten minutes speech on the occasion of Muslim holiday Eid Al Fitr, Ethiopian prime minister told Ethiopians that the violence in those region are instigated by greedy people who will benefit from disability and called on Ethiopians to guard the relative peace in the country.

The prime minister is travelling to the region next week to hold discussion with residents of towns that experienced violence.

Ethiopia is setting up a commission to study the federal structure to analyse the downsides and gains from it.

Ethiopian analysts point to Ethiopia’s experience in the last 27 years to claim that ethnic based federal arrangement is a recipe for ethnic based conflict.