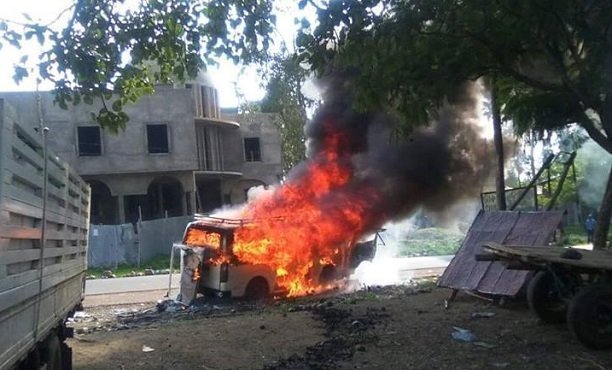 The devastating effects of ethnic politics, with all its support structure, are being felt across the country. Even parts of Ethiopia not affected by ethnic violence before are affected.

Based on confirmed new emerged in social media, the town of Wolkite and adjacent areas experienced violence as ethnic Kebena, which is said to be a majority in the area, launched an organized attack on ethnic Gurage. Although not confirmed from other sources, the Kebena’s attack is motivated by “sending the Gurage’s to their country.” These neighboring communities are both located in what is known as Southern Nations, Nationalities, and Peoples’ Region (SNNPR), one of the nine ethnic based federal regions in the country. Unlike the rest, SNNPR constitutes well over fifty language speaking groups.

No government forces were deployed to the conflict area, according to social media sources.

In a similar development, the city of Awassa experienced violence, according to ESAT report, as Chembelala celebration was underway today. Apparently, there are deaths as red hat commandos were deployed and attacked youths but there is not confirmed report regarding the number of deaths. Seemingly, the violence was not foreseen. According to the report, Sidama Youth were marching peacefully during the festival to demand Sidama become a region on its own and were reportedly wearing a T- shirt bearing the portrait of Prime Minister Abiy Ahmed. Then a seemingly organized group of youth, ESAT reports, appeared on the scene to provoke violence. The news source which has sources from the city seems to believe that regional authorities might have deployed the organized group who started the violence. Chembelala, UNESCO registered New Year of Sidama tradition is celebrated for two weeks.
The region also experienced a cross boarder ethnic based conflict in areas adjacent to Oromo region. This week, at least 75 people are reported dead following a renewed conflict between Gedeos and Guji Oromo.

There have been incidents of ethnic based violence in different areas of Oromo region of Ethiopia. The party governing the region, Oromo People’s Democratic Organization (OPDO), completed its 8th party conference and has identified the need to end ethnic based conflict in the region. In a statement issued after completion of the conference, the party said that it terminated more that 1500 leadership at the zone and district levels. Top party leadership, which is now popular in most parts of Ethiopia beyond oromo region, is believed to be progressive enough to foresee the danger and irrelevance of ethnic politics, catalyzing evolution of the organization a pan Ethiopian one does not seem to be an idea whose time has come in view of the damage ethnic politics wrought to the country in the past 27 years and in view of grassroots presence of radical ethno-nationalist groups whose ideals they were fighting for is addressed, almost entirely, by OPDO except secession.

On the other hand, although ethnic politics and ideology is identified as the fundamental causes of linguistic identity based conflicts in Ethiopia, analysts tend to speculate that the power struggle within the ruling coalition might have pushed a certain faction from within to employ a strategy of manufacturing conflict so as to make the situation appear ungovernable to the new administration of Abiy Ahmed.