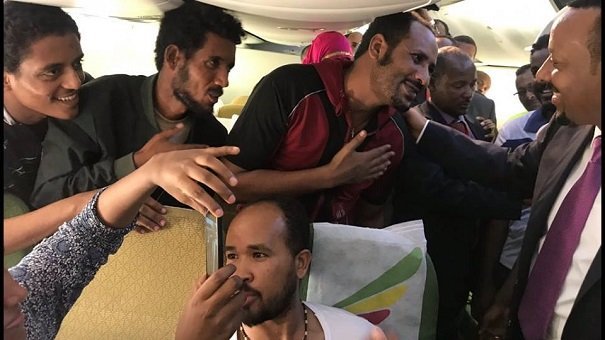 Ethiopian Prime minister Abiy Ahmed secured the released of 32 Ethiopian prisoners during his visit to the North African country, Egypt, which was initiated by president Abdul Fatah al Sisi.

And all the released prisoners returned to Ethiopia with Abiy Ahmed who completed his two days official trip to Egypt.

One of the many pictures released by state media, Ethiopian Broadcasting Corporation, shows three girls smiling and shaking hands with the prime minister in an Ethiopian Airlines plane. 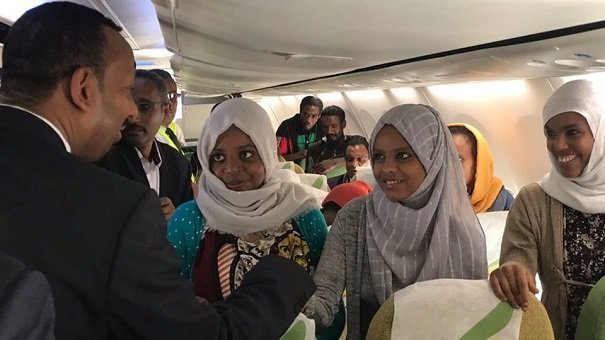 Details of the reason they were arrested for in Egypt is not spelled out by Ethiopia’s state media.

It is believed that thousands of Ethiopian refugees live in Egypt.

In 2016, Ethiopia accused Egypt of meddling in Ethiopian politics after protest broke out during Irreecha, a religious festival for ethnic Oromos, in Bishoftu some 44 kilometers south-east of the capital Addis Ababa. Egypt denied the accusation saying that it does not conspire against “the brothers in Ethiopia.” 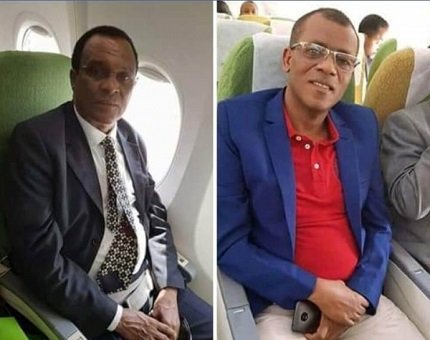 Two prominent members of the Oromo Liberation Front (OLF), a radical ethnic Oromo nationalist party which was founded more than forty-five years ago, returned to Ethiopia on board to the plane that carried prime minister Abiy Ahmed.

Government media identified them as Colonel Abebe Geresu and Yonathan Dibissa. The former deserted the Ethiopian defense force along with 100 soldiers, and this was something that the government denied, and was later commanding Oromo Liberation Front rebel forces based in Eritrea. The latter was a member and founder of Oromo People’s Democratic Organization (OPDO) whose current chairman is the prime minister himself.

Two weeks ago, leaders of Oromo Democratic Front, a moderate ethnic Oromo political party based overseas whose leaders were among the founders of the radical ethno-nationalist party (OLF), returned to Ethiopia after decades of exile and they met with the prime minister and Lema Megerssa, president of Oromo region of Ethiopia.