The highest body of Ethiopia’s ruling party, Executive Committee , is meeting for two days. The party calls it “regular meeting.” Voices in the opposition link it to growing schism within the party. 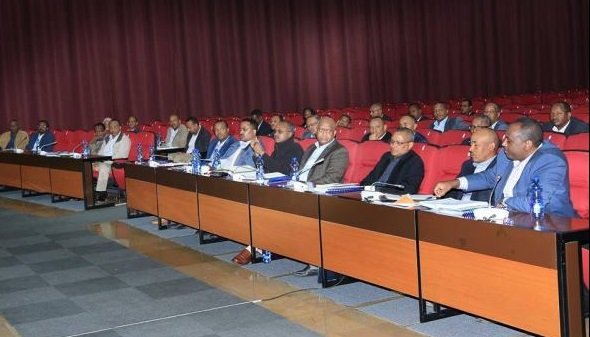 The highest body of coalition of the four ethnic based political parties will be evaluating progress of the second Growth and Transformation plan which has been implemented for two and half years now, according to the party’s official report. The party described the meeting as “regular” and scheduled meeting.

However, there are reports in Ethiopian media outlets based abroad that the meeting is called amid growing tension within the coalition and the meeting is believed to be initiated Tigray People’s Liberation Front (TPLF).

Reform measures taken by Abiy Ahmed including the release of death row political prisoners who was charged with “terrorism”, Andargachew Tsige, and proposal to end the state of emergency which has been in effect since a day after Hailemariam Desalgne announced his resignation in mid February are among the issues that are believed to angered TPLF leaders.

The executive committee of the party, which draws nine members from each ethnic based party in the umbrella organization(EPRDF), met twice in the last six months alone and both meetings were triggered by the political crisis in the country which subsided following the election what many Ethiopians describe as reformist young leader, Abiy Ahmed. He also unveiled plans to reform the military which brought about tacit hostility from TPLF old guards within the defense force.

Although his popularity is soaring among Ethiopians including within the opposition quarter, analysts with insider information seem to think that Abiy Ahmed is under immense pressure from TPLF and that TPLF is plotting to ensnare the prime minister.

At a meeting called to celebrate Ginbot 20, a political holiday of for ruling party, veteran politicians within the party explicitly remarked that “betrayal of ideology” has happened in the party. These influential leaders including the late Meles Zenawi’s confidant and long time foreign minister, Seyoum Mesfin, believe that “revolutionary democracy” is experiencing a challenge from within.

Despite notable reform measures in the last two months, Abiy Ahmed is criticized by his patrons are accusing him for not doing anything about the massive displacement of ethnic Amhara Ethiopians from Oromo region and other parts of Ethiopia.