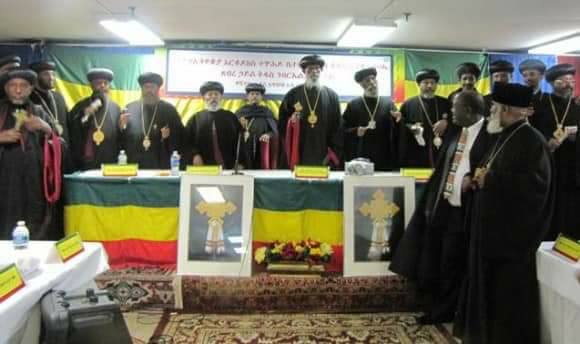 (Toronto) – The Ethiopian church, otherwise known as Ethiopian Orthodox Tewahdo Church, which is one of the oldest churches on earth has been divided into two patriarchates for over twenty seven years now.

The division has nothing to do with,at the time it happened, with divergence from theological point of view. The schism was rather about politics.

There are different theories about it. What is widely believed is that when Tigray People’s Liberation Front (TPLF) ended their guerrilla existence of seventeen years following the collapse of Colonel Mengistu Hailemariam in 1991, they considered the Ethiopian church to be one of the areas useful to consolidate their political power and they felt the need to place a loyal figure at the top of the Ethiopian church.

Abune Paulos passed away weeks after news of Meles Zenawi broke in Ethiopia some time in August 2012. And he was later replaced with Abune Mathias who turned out to be another loyalist for TPLF.

For many years now, there have been efforts to reconcile the two patriarchates but without notable success.

Recently, the new prime minister, Abiy Ahmed,stepped in the matter and reportedly encouraged Abune Mathias to resume talks and work on reconciliation with the patriarchate in exile.

Sources seemingly with an insider information from the patriarchate in exile say that there is a progress in the talk and the reunification of the patriarchate could be a reality in the near future.

However, no official statement is issued from both sides yet.