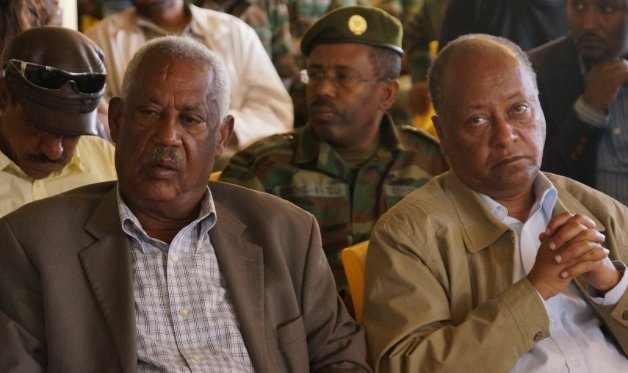 Prime minister Abiy Ahmed seems to be changing gear to speed up measures that would help planned reform measures for his government. Apart from reshuffling cabinet ministers and appointed more than forty deputy ministers and directors, his administration is removing high ranking officials who are considered to be too powerful, albeit charges of corruption and abuse of power, to remove from power.

Pro-government sources including Fana reported today that the office of prime minister disclosed that five government authorities are made to retire. Statement from the office was explicit in pointing out that the change is part of the reform measure and part of the effort to address “people’s demand for change” and that it will continue to do so.

One of them is Sebhat Nega. One of the founders and ideologue of Tigray People’s Liberation Front (TPLF), he was highly influential not only within TPLF but also in the Federal government so much so that he was even deemed more powerful than the late Meles Zenawi. At the age of 84, his last formal government portfolio was Director General of Foreign Relation Strategic Study Institute. He has been very controversial and is believed to be one of the masterminds of crimes committed by TPLF.

Kasu Ilala, Belete Tafere, Mekonen Manyazewal and Tadesse Haile are the other high ranking officials whose retirement is announced today. They all worked in policy areas. Tadesse Haile, from TPLF like Sebhat Nega, was head of Ethiopian investment authority and is believed to be corrupted.

Yesterday, citizens reported on social media that head of Ethiopian Broadcasting Authority, Zeray Asgedom, a staunch TPLF who was blackmailing state-funded media in Amhara and Oromo regions of Ethiopia following a meeting after ethnic-based violence in Buno Bedele Zone, is removed from his position.