Powerful but unpopular TPLF veteran politician Abay Tsehaye is terminated. Will that trigger, or rather, hasten TPLF plot against Abiy Ahmed? 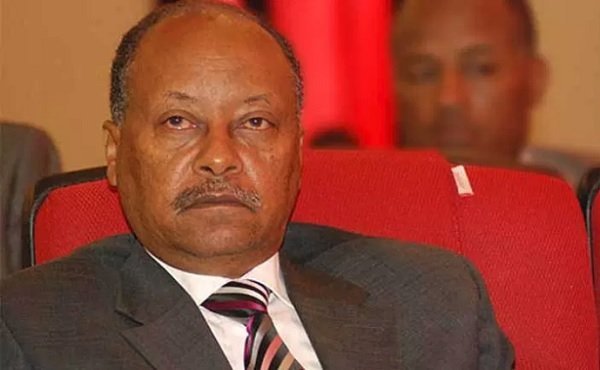 Three of the officers are from Tigray Peoples Liberation Front,(TPLF),which is the dominant entity in the ruling coalition, and one of them, Abay Tsehaye, is the nine members executive committee member of TPLF.

President of Meles Academy,Tedros Hagos, Getachew Ambaye (who was head of the Federal Prosecutor), and Deputy director of Ethiopia’s National Intelligence and Security Service (NISS), Colonel Tazer Gebregziabhier are the other officers terminated by the new prime minister, Abiy Ahmed.

They are terminated as of May 11, indicates a letter which ESAT got, as per its claim, from anonymous sources from within the government.

Abay Tsehaye served as director of policy study and research center institute in addition to his role as adviser to the prime minister. He was also in charge of a huge sugar production project and he is widely accused of grand corruption scandal that led to bankruptcy of the billions of birr sugar project. Known for his die hard stand to defend the ideology of Tigray People’s Liberation Front,which critics in the opposition quarter believe to be an ethno-chauvinist agenda focused of creating wealth for Tigray at the expense of the rest of Ethiopia, he is also one the belligerent TPLF upper echelons implicated in connection with the arrest of politicians in the opposition quarter.

While termination of Abay Tsehaye is received as good news, there are voices who question as to why Abay Tsehaye is not held accountable in connection with what people believed to be is a grand scandal he committed as head of the sugar project, among other things.

There was much skepticism whether Abiy Ahmed would be able to exercise power to take measures that are in the interests of Ethiopians as there is a belief that TPLF still has a firm control over Federal government by virtue of control over the intelligence unit and the army. That in turn seem to convince a good number of Ethiopians to believe that Abiy Ahmed has not consolidated his power yet.

There was unverified report earlier this week that TPLF high ranking officials are holding a meeting in Mekelle on matters related to power struggle within the ruling party as many of the political positions at the Federal level are not under the control of TPLF which has angered the wider membership including high ranking military officers.

While representing, by virtue of ethnic origin, only about 6 % the entire population of Ethiopia, TPLF has been dominating the federal government for more than twenty five years which turned out to the a contentious issue within the ruling party during the latest party meeting for the ruling coalition EPRDF.