Ethiopians in South Africa lived a rather shocking week as seven more Ethiopians are killed in two days. 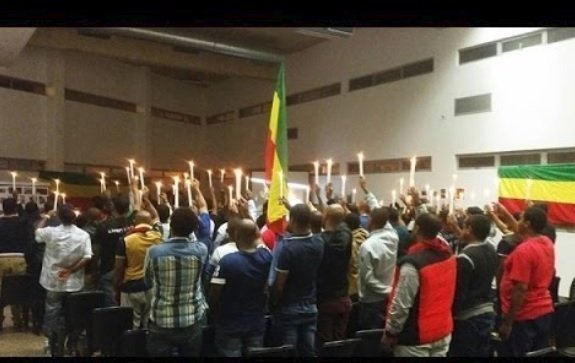 Just week after the assassination of Ethiopian activist Gezahegne GebreMeskel in Johannesburg, seven Ethiopians are reportedly killed in Thokoza – about 28 kilometers south east of Johannesburg.

The victims from yesterday crime were seemingly killed by organized robbers. However, the motive is not confirmed to be robbery and investigation is underway, according to the community chairman Tamiru Abebe.

The names of the victims is known but not released to the public as the community leaders are working on informing families.

ESAT cited Ethiopian community members in South Africa to report that the Robbers appeared in the neighborhood where Ethiopians have businesses , killed the business owners and ransacked their stores.

Ethiopian Community in South Africa are reportedly working to send bodies of the victims to Ethiopia. The situation caused a great shock among community members in South Africa.

Seemingly, the Ethiopian embassy in South Africa is not responding to the situation at this writing.

In a related news, a south African police spoke on condition of anonymity that that killing of celebrated Ethiopian activist in South Africa – Gezahagne Gebremeskel – was a planed one. It is clearly established that the killing had nothing to do with robbery as 15,000 South African Rand and other valuables that belong to the deceased where found. South African Mail and the Guardian Newspaper covered the story today :

“Zagbo Pascal saw it happen. He was on the corner of Kerk and Polly streets in downtown Johannesburg, hanging out with some friends, when a single gunshot rang out. It was 5pm on Saturday, April 21, still broad daylight, and the streets were busy with foot traffic…

…Pascal looked up, and saw a man slumped on the wooden benches outside Yamampela Fast Foods and just across from a discount supermarket. Blood was streaming from his neck. And someone — “a young boy, slim” — was sprinting away from the scene, aggressively waving a gun just in case anybody decided to be a hero.”

Gezahagne Gebremeskel was laid to rest in Johannesburg earlier this week.