Memorandum No. 2- How to Speak Truth to Good Leaders Who Listen (Al Mariam) 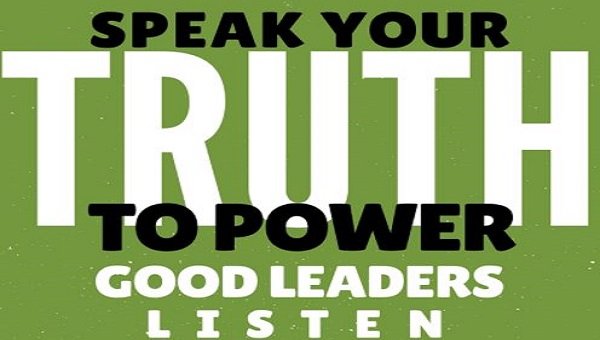 Author’s Note: For the past couple of weeks, I have read and heard unjustified and irresponsible criticism of PM Abiy.sticks-in-the-mudics are Hippos (older generation) like me, who still cling to the faded political ideals of their youth in the 1970s and stubbornly remain sticks-in-the mud.

A few of these old war horses have counselled me to take it easy with my “gung ho support” for PM Abiy. They say I am wasting my hard-earned credibility and taking a big risk with my readers who have followed me for years by my unreserved endorsement of PM Abiy.

The allegations are becoming too familiar. PM Abiy is said to be a “TPLF front man, a puppet”. He is the TPLF’s secret weapon to cling to power. He is just warming the seat and buying time for the TPLF until they can come back stronger, meaner and leaner. One person even used the word the phrase “TPLF comprador” (agent of exploitation) to describe him, a word I had not heard in decades. They say he is a silver-tongued imposter.

When I ask for the evidence to support these assertions, none is forthcoming. I am told categorically, “You just don’t know how cunning and clever the woyanes are. They are evil.”

My views on the TPLF are well known, but with the positive and uplifting messages of PM Abiy and Obbo Lemma Megerssa, I have changed my mind even about the TPLF. We are all capable of good and evil. Dr. Martin Luther King rightly noted, “There is some good in the worst of us and some evil in the best of us. When we discover this, we are less prone to hate our enemies.”

The “sins” of PM Abiy are all “guilt by association”. The fact that he served in a military and civilian capacity in the regime consigns him to eternal damnation for political service. That his cabinet includes current regime members is flagged as fatal sign of his doomed failure.

He is challenged with a moving goal post. He should lift the state of emergency, but if he does that would be nothing more than symbolic window dressing. When he talks about the next election to be free, fair and competitive, a cloud of distrust is cast upon him as a trick. When he speaks with eloquence about the future, he is accused of not walking the talk even as he is taking baby steps in the first few weeks of his adminstration.

But what is his individual culpability for any wrong doing? What has he done wrong in his official capacity in the regime?

Are there not many in the opposition today who have worked closely with the regime or benefitted significantly from their association? Should they be disqualified too? How many holier-than-thous are there prepared to throw the first stone at PM Abiy?

The fact of the matter is that “politics makes strange bedfellows”. Mandela had to work with deKlerk to usher in democracy in South Africa.

I realize that PM Abiy is not going to make everybody happy or meet everyone’s expectations. He is the accidental prime minister, in my view. He is just a young man — one of the best and brightest Ethiopia has produced — thrust into a historic role by historic forces. No doubt, he will fail and fall short on many things, like any other human being. Mandela said, “The greatest glory in living lies not in never falling, but in rising every time we fall. You may succeed in delaying, but never in preventing the transition of South Africa to a democracy.”

I believe PM Abiy will fall many times and rise every time and transition Ethiopia to a democracy.

But how should we deal with him?

With condemnation and criticism for every mistake he makes or understanding, compassion and instruction?

Do we hold him accountable to a standard of divine perfection?

Or do we give him all the chances he needs to succeed and triumph in our cause.

There is no question that PM Abiy has wide support, particularly among the younger generation which represents 75 percent of the population. His town hall meetings have been resounding successes.

The task at hand is how to move Ethiopia forward and stay ahead of the curve. We need to move in one direction for a common purpose, walk on the road to freedom, democracy and human rights.

Just so I am not misunderstood. I do not think PM Abiy is the “savior” of Ethiopia or some messianic figure. He is just a young man. Many of us have sons his age. Like any young person he has a lot to learn. I dare say that there are many of us in our golden years who have a whole lot to learn, especially about truth and reconciliation.

The obvious point is that we do not live in a perfect world. That is why we should engage in creative thinking, not carping criticism, and come up with innovative solutions.

With PM Abiy, Ethiopia is moving in the right direction and is on the right track as the preliminary evidence shows. We should line up behind PM Abiy and keep on pushing to make sure Ethiopia remains on the right track and moves even faster. I see PM Abiy as a good- hearted, well-intentioned and passionate young leader with a demonstrated ability to mobilize Ethiopia’s youth and get the country moving forward with peace, unity and reconciliation.

To my superannuated (old) brother and sister Hippos, I want to tell them the freedom train has left the station but they can still catch up at the next station if they wish.

In my youth, there was a song I liked very much. It was called “elem ale baburu, wetat yizo bemulu, (“the express train has left the station filled with young people)”.

All Hippos aboard! Choo, choo… Abiy Ahmed is at the controls!

Before I get to my main topic, I would like to comment on a couple of newsworthy items from last week.

Editor’s Note : This article was first published on Al Mariam blog on April 22