Ethiopian Activist Gezahagne Gebremeskel assassinated in Johannesburg; TPLF said to be behind it 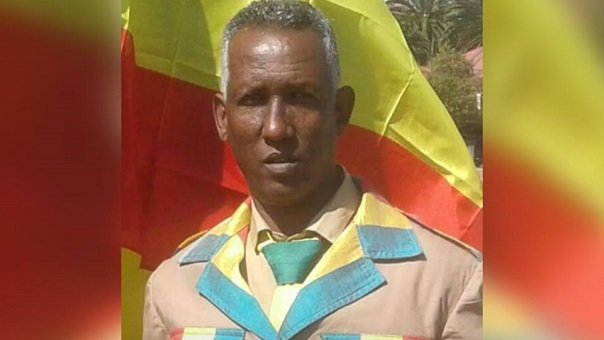 Ethiopian Satellite Television (ESAT) spoke to friends of the deceased who have known Gezahagne for a long time in South Africa and in Ethiopia; they all describe him as a selfless and courageous Ethiopian.

Tamagne Beyene, also an Ethiopian activist based in the United States who traveled to South Africa in connection with his activism, told ESAT about Gezahagne’s commitment to the cause of Ethiopia. ‘When I talked about rumored death threat on my life in South Africa, he[Gezahagne] told me that they will have to kill me first before they do that to you,” recounted Tamagne.

The deceased served in the Airborne Division of Ethiopian army until the TPLF government disbanded it following the collapse of Colonel Mengistu Hailemariam in 1991.

From ESAT report, it seems that police is investigating the matter. However, preliminary circumstantial evidence seems to suggest that the TPLF group orchestrated the assassination. What is known is at this point is that the activist showed up at a meeting that the regime in Ethiopia organized in Johannesburg for Ethiopian business people and he was bounced out.

The same day, three people came to him in a broad light and shot him in the forehead.

His longtime friend in South Africa who described the deceased as “a kind-hearted, altruistic and patriotic Ethiopian”, says that there had been attempts in the past to assassinate him. And he seems to have little doubt that TPLF is behind the assassination of Gezahagne Nebro.

It is a public knowledge that TPLF has experience in organizing assassinations, there was one in Kenya in the last two decades. And it is widely believed that TPLF government spent millions of dollars to corrupt Yemeni authorities to abduct a leading opposition figure from Yemen while he was in transit.

___
Editor’s note: If you have additional information on this story and would like to share it, please send email to info@borkena.com