If strike by the youth movement is fully enforced in full force, gas shortage in Addis Ababa is inevitable. 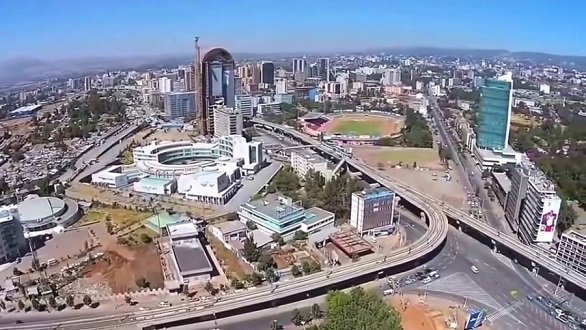 News of gas supply blockade is making headlines in Ethiopian community news outlets that tend to be in the opposition quarter. And the threat did not come from oil producer or exporter country.

The youth movement that is known in the Oromo region of Ethiopia as Querroo, people who speak the language say it means youth, is now poised to affect the way imported gas is distributed in the country. It called on a week-long gas supply blockage, effective as of today, in the Oromo region which could, obviously, affect the supply in the capital Addis Ababa for the simple reason that for imported gas supply to reach to Addis Ababa it has to travel through Oromo regions of Ethiopia.

The alternative route is in Western Ethiopia. In that direction, supply originates from Sudan and has to cross through Gonder region of Ethiopia, a region where the regime in power killed hundreds some two years ago. It is militarized since the state of emergency which was declared in 2016. Yet, the popular movement in the region finds a way to obstruct supply. In the last two years, at least five oil tanker trucks have been destroyed in the areas adjacent to Metema region. Unconfirmed report that emerged in social media indicates that another truck was burnt today. So it is not safe for the regime in power to use Western Ethiopia line of supply as an option.

What is the objective?

The one-week long sabotage to cut the supply of gas to Addis Ababa and other parts of the country is aimed at creating a shortage of gas as a bargaining power to make the regime in power respond to political demands and it is known that one of the demands is for an end to the TPLF government and formation of a transitional government.

The immediate cause for the gas supply sabotage is said to be the unprovoked massacre against civilians in Moyale, a border town between Ethiopia and Kenya. Ten civilians were killed and eleven others wounded when deployed members army in the region opened fire in the town randomly. The incident seems to have shocked residents in the city so much so that some have decided to flee to Kenya. In fact, there is a conflicting report about the number of people who fled to Kenya. Figures coming from the opposition make the number as high as 50,000. Die-hard TPLF activists on social media who runs Horn Affairs Website dispute the figure saying the number of people in the entire Moyale town in 2017 was only 37,000. What is clear is that the massacre by government forces over the weekend made thousands of people in the town to feel unsafe and made them migrate en masse to Kenya. A statement issued by Red Cross Kenya confirms the mass migration. A report by Voice of America Amharic service, based on confirmation from the mayor of the town, confirms that.

Command Post, a body that is enforcing the controversial state of emergency, claimed that the massacre happened by mistake as deployed forces were pursuing alleged Oromo Liberation Front fighters. However, based on circumstantial evidence and based on eyewitness accounts of what transpired in Moyale last Saturday suggests that TPLF orchestrated the killing and it was politically motivated.

How is the youth movement enforcing gas supply blockade?

The are reports that oil tanker drivers are already responding to the call by refusing despatchers. The news has reached Addis Ababa already to cause panic in the city. Citizen reporters from Addis Ababa say that they have seen a long queue in a gas station as people try to get some gas before the stock is depleted.

So far the government has not remarked about gas supply blockade. From social media reports, it is putting pressure on oil tank truck drivers to ignore the call from the youth movement and carry on with their work by pledging security escort. It remains to be seen if the government is capable of reversing the strike without making clear steps along the direction of solving the crisis through political means.

The executive committee of the ruling coalition is having its meeting since last Sunday and there are rumors that it might elect Dr. Abiy Ahmed as a signal of political appeasement for the Querro movement. If that happens, will it be good enough to end the crisis in Ethiopia?