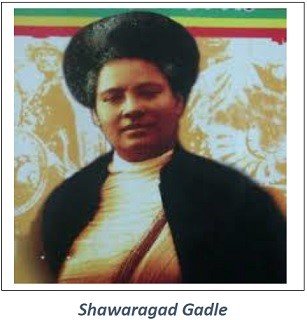 This year marks the 81th anniversary of brutal killing of Ethiopians by Dictator Benito Mussolini’s troops during the second-italo -war in 1937. This war was a race for European colonial powers to expand their territories in Africa. The Italian Fascists army massacred over million Ethiopians on this invasion. On February 19, 1937, on the second year of Italian occupation of Ethiopia, Mussolini’s military officer by the name of R. Graziani, was celebrating the birth of the Prince of Naples of Italy in Addis Ababa. As he celebrates, two young Ethiopian patriots by the name of Abraham Deboch and Moges Asghedom threw hand grenades at him. Graziani was hit but survived. In response, Graziani order his troops to indiscriminately kill any civilians walking on street of Addis Ababa. It is estimated that Graziani’s troops massacred over 30,000 in just three days in Addis Ababa.

The details of the atrocities and the savagery actions which was accompanied by looting was accomplished by Italian troops. Ian Campbell documented the stories in his book titled “The Addis Ababa Massacre: Italy’s National Shame”. Campbell successful authored another book related to the same story, “The Plot to kill Graziani” published in Addis Ababa University press.
Every year, on February 19, Ethiopians pay tributes to people perished on this date and honor patriots who sacrificed their life to free mother land. As national ceremony in Addis Ababa, people gather to lay wreaths at sedest kilo monument, as symbol of our freedom, and a parade take place in the same area. It is one of an incredibly moving event to observe the ceremony by all freedom loving Ethiopians.

To carry out this yearly tradition as Martyrs Memorial Day, Ethiopian Community Mutual Assistance Association of NY, NJ &CT in collaboration with Global Alliance for Justice for Ethiopians organized a ceremonial event on Sunday, February 18, 2018. The event was held in State office building in New York City. Before the panel discussion started, the ceremony opened by a minute of silence and prayer for those who died on Yekatit 12 and for all Ethiopians who died during the invasion between 1935 -1941. The panelists were Professor Getatchew Haile and Dr. Habtamu Tegene. Professor Getatchew is philologist and a foremost scholar of the Ge’ez language alive today and Dr. Habtamu Tegegne is a historian and an Assistant Professor, at Rutgers University. Both spoke about the ordinary people, heroes and challenges of life during that trying time. They elaborated about the unforgettable massacre by Graziani’s troops on February 19, 1937 in Addis Ababa and surrounding area. They also spoke the importance of celebration together, in the spirit of fraternity to pay respect to forefathers who fell for our freedom.

Dr. Habtaum also said that as his working on his academic’s research in Gojjam, not related to the Italian invasion of Ethiopia, he run into the government archive that contained the biographies and bravery stories of the forgotten unsung heroes of Ethiopians. He said there are so many forgotten heroes in archive, as exemplary he read some of the names men and women unknown heroes biographies. Their stories demonstrated that they were true Ethiopians patriot that had pride, dignity, the will to fight, love of motherland and commitment to defend the Italian aggression. They strived under impossible condition during the battle. Their stories were amazing’. It moved the audience in such a solemn way. It is unfortunate that their sacrifices and the monumental tasks made by them only known by their relatives, localities and God.

The discussion was accompanied by inspirational anecdotes. The event was spiced by reading “ያያቴ ይሆናል” and “ተናገር አንት ሐውልት”, poems written by Ethiopian pioneer in poetry Girma Taddese published in 1964 (Ethiopian Calendar).

This piece is good opportunity to highlight the story and honor Woizero Shawaragad Gadle, one of the female heroes. Shawareged was undercover agent passing invaluable information to the patriots (Yewist Arbegna). Shawaraged defied all odds and her rebellious actions to resist fascist invasion led to her legacy which will inspire generations to come. Jeff Pearce’s book “Prevail: The Inspiring Story of Ethiopia’s Victory over Mussolini’s Invasion” has documented short stories about her. One of Shawaraged famous role was in her town, Addis Alem. She secretly sent message to General Jagama Kello, one of the patriot’s unit, to attack fortified Italian positions in town of Addis Alem. As a result of her tip, General Jagama was able to successfully wiped out the enemies and free prisoners and put him on better position in successive battles.

Shawaraged was arrested and tortured many times. She was incarcerated in Asinara, and Sardina. She was put on trial and jailed in deplorable conditions several times. At one point, she was put in front of a firing squad to be killed. Her life spared from a firing squad through intervention of priests and a Dejazmach that was close to Italians.

Shawaraged was fearless woman passing secret messages to resistance forces in difficult situations. By the summer of 1940, Shawaraged Gadle was out of prison and was back to her home. Shawarged marked high on Ethiopian history against the Italian aggression and deserves recognition.

This kind of events will help to remember and tell untold stories to young generations. Freedom loving people who fought for our independence shall never be forgotten.

The writer can be reached at betadese@gmail.com