Hailemariam Desalegne submitted resignation ; what is next for Ethiopia?

Rumor and speculation over as Hailemariam Desalegn appeared on state television to announce that he has submitted his resignation letter. 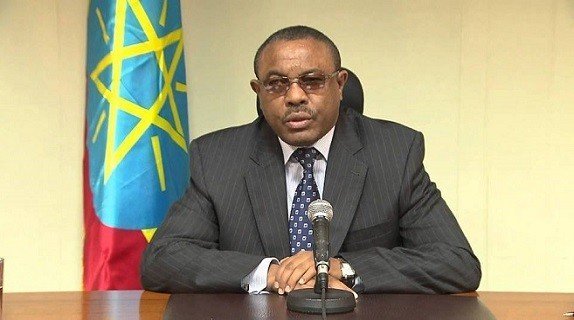 It has been rumored for months now that Hailemariam Desalegn is resigning as prime minister due to acute internal wrangling among ruling coalition executives and relentless popular protest in Ethiopia, which is deepening the economic and political crisis in the country.

It became official today when Hailemariam Desalegn appeared on state television to update the public that he has submitted resignation letter to the Ethiopian Parliament, to his party Southern Ethiopian People’s Democratic Movement (SEPDM), of which he is a chairman and which is a member of the ruling coalition, Ethiopian People’s Revolutionary Democratic Front (EPRDF). He is also resigning as chairman of the ruling coalition, EPRDF.

Hailemariam stated that he believes the parliament will accept his resignation request. The ruling coalition executive committee of which Hailemariam is a member accepted his resignation within hours. This highest body of the ruling party undertook nearly three weeks of closed-door meeting and it was leaked that the leadership skills and the ability of Hailemariam Desalenge was questioned among many other things.

Hailemariam Desalegn stated that he is resigning in the interest of peace and stability in the country,and to enable the ruling coalition leadership to carry out proposed reforms to resolve the crisis in the country ,and to be part of the solution.

“…we are at a time when EPRDF and government are working on reform to resolve the crisis that led to the loss of life, damages to investment and displacement residents from their homes. On my part, for the success of these reforms as well as to be part of the solution, I have submitted to resign from my responsibility in government and in the party,” he said.

Hailemariam was explicit that Ethiopia’s current situation represents danger and called on the youth to upheld Ethiopian values and help resolve the situation in the country. And he is planning to continue as a politician within his party.

Hailemariam as a problem

When Meles Zenawi passed away in 2012, a power struggle within the ruling coalition was acute. In an effort not to lose control over government, master’s of the coalition, Tigray People’s Liberation Front (TPLF), managed to postpone the problem by picking Hailemariam Desalgne as prime minister but not with all the power that the late Meles Zenawi had.

The upshot was that Hailemariam’s power was weakened and he had to deal with three deputy prime ministers to get things done. Yet, TPLF continued to manipulate Hailemariam and government to maintain dominance over the federal government and key institutions in the country including the army, security apparatus and economic sectors.

The situation aggravated struggle against TPLF from within the ruling coalition and the role of two coalition members, ANDM and OPDO, was phenomenal.

While the leadership capability of Hailemariam Desalegne by itself was clearly a problem, it is equally clear that his resignation does not fundamentally solve the problem within the ruling party, as many observers seem to think, rightly.

There are expectations, and rumor, that Samora Yenus, a die-hard TPLF and chief of staff who has been leading the army for more than seventeen years, will soon resign or retire.

Discussions on the role of next prime minister seem to point to Lemma Megerssa as a favorite pick. Although he seems to have garnered some support within the ruling party and even in the opposition, there are doubts that he might not be able to go far unless the existing governing principle and structure are transformed in a way to promote the unity of Ethiopia. Besides, he is not a member of the parliament although the members were elected in a duly coercive and fraudulent election process ; the ruling party won 100% of the seats.

If confirmed, probably in the next few weeks, Lemma Megerssa will certainly start live a challenge from his ethnic support base, Oromo region of Ethiopia, as radical ethno-nationalists, with apparent support from forces in the Arab world, muster grassroots networks whose primary interest is the disintegration of Ethiopia or at least Oromoization of Ethiopia. On the other hand, the rational basis for support to Lemma Megerssa in other parts of Ethiopia is predicated on the expectation that he would live his words as far as the unity of Ethiopia is concerned.

Others tend to foresee that TPLF will soon recklessly declare a state of emergency with a de facto military government but the consequence will be far more dangerous to the future of the country.

For now, what is certain is that EPRDF executive has accepted Hailemariam’s resignation and that it will hold meeting soon to discuss about filling the position.
__