Red tape not to release Andualem Arage and Eskinder Nega 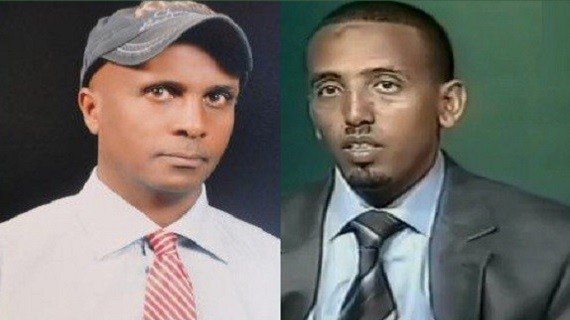 A day after the Federal prosecutor announced that Andualem Arage and Eskinder Nega will be released along with 744 other prisoners at the Federal and regional levels, emerging reports from Ethiopia indicate that the aforementioned might not be released as government is putting in place red tape in the form of demand to make them sign false confession which many interpret as a signal of determination not to release them or to arrest them again.

Credible sources say Andualem and Eskinder were given order by prison authorities to sign a statement which says that they are G7 members, an opposition party outlawed by the regime in Ethiopia whose rebel forces operate along the Ethio-Eritrean border.

The two prisoners are sent back to their prison cells after they refused to sign claiming that they are not members of G7.

Political observers and insiders who seem to be familiar with the workings of the regime in power seem to think that Andualem and Eskinder might not be released if they don’t sign and their firm stand not to sign it is hailed as a courageous move.

The ruling party pledged to release political prisoners and turn notorious torture chamber in the country,Maekelawi, into “state of the art museum” up on completion of three weeks meetings of executives in the ruling coalition at the beginning of December 2017.

Andualem Aragie was vice president of the now-defunct opposition party, Unity for Democracy and Justice (UDJ) and Eskinder Nega is a prominent journalist and blogger who won awards from reputable human rights organizations and from an organization that advocates for journalist and freedom of the press.

They both have been in jail for more than six years now convicted with trumped up charges of “terrorism,” “treason,”inciting violence” and “endangering the constitutional order through unconstitutional means”

Eskinder Nega was an editor of locally based newspapers including Menelik and has been in jail for more than six times in connection with his journalistic activity. His wife,Serkalem Fasil, was a co-publisher and was in prison along with her husband. In fact, their only son, Nafkot Eskindir, was born in prison.