Dancing With the Wounded Beast in Ethiopia 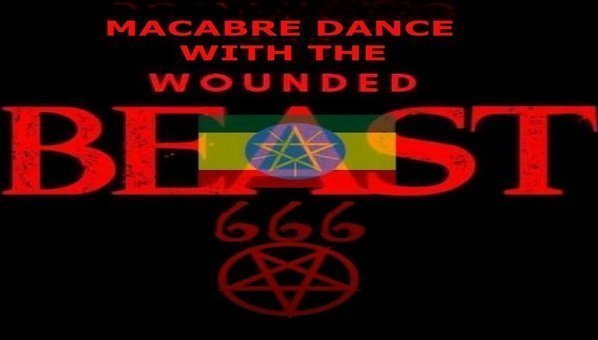 Author’s Note: This is the second installment in a three-part series on prospects for “mediation”, “reconciliation” and “negotiation” with the ruling Thugtatorship of the Tigrean People’s Liberation Front (T-TPLF).

In Part I, I discussed why the current discussion on “mediation”, “reconciliation” and “negotiation” with the T-TPLF is of the utmost importance to me personally, why it makes me jittery and extremely concerned and at the same time amuses me.

In Part II here, I aim to examine why it is impossible to engage in “mediation”, “reconciliation” and “negotiation” with the T-TPLF.

In Part III, I aim to sketch out my views on a path that could make possible “mediation”, “reconciliation” and “negotiation” with the T-TPLF and avert the creeping civil war from engulfing the country.

The general aim of the series is to raise fundamental questions about the current fashionable talk about+ “reconciliation” within the framework of a T-TPLF-centered political dialogue and to urge caution and to help inform those who, in good faith, seek to promote a “reconciliation process” as a way out of current dire situation in Ethiopia.

I dedicate the series to all of Ethiopia’s youth that have made the ultimate sacrifice to free their country from minority ethnic apartheid rule and establish a democratic society based on the rule of law.

As talks of “reconciliation”, “national consensus building” and “mediation” begin to draw public interest, the T-TPLF launched another one of its campaigns of death and destruction against unarmed innocent Ethiopian citizens.

On January 20, 2018, the T-TPLF massacred and injured dozens of innocent Ethiopians in Woldia City, northern Ethiopia, at the Epiphany celebrations commemorating the baptism of Jesus. According to a paper allied with the T-TPLF, “youth were heard singing and dancing with music that have politically charged messages. The members of the security force warned them to stop the provocation, but they refused to stop resulting in the fatal clash between the two.” Eyewitnesses said, T-TPLF’s Agazi (“death squads”) soldiers sprayed machine gun bullets on the crowd just like the Irreecha Massacres in October 2016.

Only the BEAST, the Prince of Darkness himself, will unleash such wanton death and destruction against innocent unarmed citizens on the holy day of the Baptism of Jesus Christ and Ireecha Waaqa (God) Thanksgiving Day!

Is it possible to reconcile with the Beast that massacred and committed mayhem on dozens of innocent Ethiopians in Woldia?

Is possible to reconcile with the Beast that massacred over 1,000 innocent Ethiopians at the Irreecha celebrations in October 2016?

Is it possible to reconcile with the Beast that has made Ethiopia the Killing Fields of Africa?

Now, the world knows how the T-TPLF does reconciliation negotiations. The T-TPLF will negotiate with unarmed citizens who sing songs of freedom with the rattle of AK-47s and machine guns!

Video of Woldia City T-TPLF Massacre victims’ funeral ceremony HERE. In their lamentations, they sing, “Our youth are dead, but you will never kill Ethiopia. You will never divide us. We are one.”

It takes two to tango and a dance troupe to put on a performance. Is it possible to dance with a one-legged cornered dying wounded beast?

Following his release from prison, Dr. Merara Gudina, the leader of the Oromo Federalist Congress (OFC), in an interview on Voice of America – Amharic, chided the ruling T-TPLF in Ethiopia for its on-again, off-again half-assed reconciliation gestures:

Dr. Merara was arrested by the T-TPLF after he returned from a briefing with Members of the European Union in December 2016. He was imprisoned and was awaiting trial in T-TPLF monkey court on a variety of trumped up charges. (For the Amharic version of the bogus charges, click HERE.)

In May 2017, the European Parliament passed a resolution calling for Dr. Merara’s release and dismissal of charges.

Human Rights Watch addressed a complaint to the Permanent Representatives of Members and Observer States of the UN Human Rights Council calling for his release and release of all political prisoners.

Amnesty International condemned Dr. Merara’s arrest “an outrageous assault on the right to freedom of expression and should sound alarm bells for anyone with an interest in ending the deadly protests that have rocked Ethiopia over the past year.”

Dr. Merera has been arbitrarily imprisoned for speaking his mind by the previous military Derg regime serving out a seven-year term.

Despite the ludicrous charges of terrorism, Dr. Merara has earned the universal respect and admiration of Ethiopians for “his commitment to academic excellence, peaceful resistance, Ethiopia’s territorial integrity and sovereignty as well his unbridled commitment in defense of the rights and freedoms of all of the Ethiopian people.”

Beyond his personal integrity and commitment to peaceful change, Dr. Merara is a highly respected and well-established political scientist and scholar. His impressive list of publications demonstrate that he has a deep understanding of Ethiopian politics and society in addition to his unflagging and unrelenting activism for equality, justice and human rights in Ethiopia.

In a 1994 article, Dr. Merara foresaw the ominous signs of T-TPLF tyrannical rule in the destruction of Ethiopian national institutions. He wrote that because of the “drastic measures” taken by the TPLF regime “Ethiopia is nowehre near the promised goal – durable peace, democratic governance and positive development. Still it is the drums for war, not the peaceful reconstruction of the country, that invoke the emotions of the people in the corridors of power as well as some opposition groups.”

In a 2007 article, Dr. Merara argued that the “experiment in ethnic federalism” in Ethiopia has largely failed “because of the hegemonic aspiration of the ruling elite, and the tensions in the attempt to implement both collective rights and individual rights of citizens”.

In another historical analysis, Dr. Merara documented “the result of the accumulated five grand failures of the Ethiopian elite in a century, the perennial quest for peace, democracy and development [which] continue to be as elusive as ever.” In his conclusion, he argued, “two factors are critical to move forward out of the present political impasse: the abandoning of the hegemonic aspiration and the zero – sum game politics thereof on the part of the ruling elite and leaving behind the fixation on history as well as the extravaganza of some elites on the right to secession in a more globalised world of the 21st century. Without national consensus on the modality of democratic governance and the ‘political rules of the game’ thereof, successful democratization is more of an illusion at best and hypocrisy at worst.”

In his 2009 article (p. 154) on electoral politics and the future of Ethiopian democracy, Dr. Merara identified as “Problem 1: Democratisation without national consensus.” He argued, “Following its impressive military victory the EPRDF leaders quickly moved to the ‘remaking’ of Ethiopia without creating a national consensus over the basics of state transformation, a badly needed action for countries like Ethiopia where there are contradictory perspectives regarding the interpretation of the past, the understanding of the present and the vision concerning the future.”

It is important to heed Dr. Merara’s call for national reconciliation and peaceful transition to democratic rule because he has a deep understanding of the complexities of Ethiopia politics and society.

Others have made similar calls for reconciliation in one form or another.

In September 2009, the Crises Group in its seminal study on “Ethnic Federalism and Its Discontents” observed, “the EPRDF’s ethnic policy has empowered some groups but has not been accompanied by dialogue and reconciliation.”

In 2013, some Ethiopian human rights activists told the U.S. Congress (p.84), “Reconciliation can be done. The people in Ethiopia there are some moderates within the government.”

On December 22, 2017, former U.S. Assistant Secretary of State and ambassador Herman Cohen said, called for the start of a “reconciliation process” through broad public participation which includes “women, youth, the press” and other marginalized groups.

On January 3, 2018, Hailemariam Desalegn, the puppet prime minister (PPM) of the T-TPLF said he “will release politicians jailed on charges including involvement in terrorism” to “foster national consensus”. He just could not bring himself to use the word “consensus” because he believes the word signifies weakness and surrender.

In January 2018, the Chairperson of the African Union Commission, Moussa Faki Mahamat, commended Desalegn’s action as “important and farsighted” and vital for “fostering national consensus and widening democratic space.”

Others have urged the T-TPLF to “implement a process of national reconciliation based on the principles of inclusivity and genuine political dialogue.”

I respect the views and aspirations of Dr. Merara, the foreign diplomats and others who have called for national reconciliation in Ethiopia through “mediation”, “negotiation” or other dispute resolution mechanism with the T-TPLF.

In as much as I respect their views, I respectfully disagree with those who, in good faith and with good intentions, have called for and urged national reconciliation with the T-TPLF.

Reconciliation is, first and foremost, a state of mind.