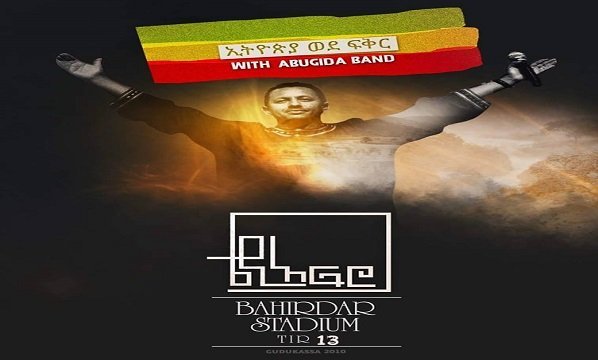 After Teddy Afro announced a big concert to be held in the tourist city of Bahir Dar on January 20, his fans were not too happy that it is coinciding with an important part of Ethiopian Epiphany Holiday.

Today, he graciously and humbly announced in over social media that Bahir Dar concert day is postponed to January 21 in consideration of requests from his fans.

Teddy Afro has a huge fan base in the historic city of Gonder which is a few hours of driving from Bahir Dar city and the singer mentioned in his latest update that his decision to stage his concert on January 21st is informed by request from his fans in Gonder region.

Communication Head of the regional state, Nigussu Tilahun, confirmed that the day is pushed to Sunday.

“In consideration of demand from the public, Artist Tewodros Kassahun (Teddy Afro)’s ‘Ethiopia journey to love’ concert is postponed to Tir 13,2010 [January 21, 2018],” reads the translation of the region’s communication chief update on social media.

The concert will take place at the National Stadium in Bahir Dar which has a capacity of accommodating up to 80,000 people. It is expected that fans from Addis Ababa and different parts of Ethiopia will be traveling to Bahir Dar for the concert.