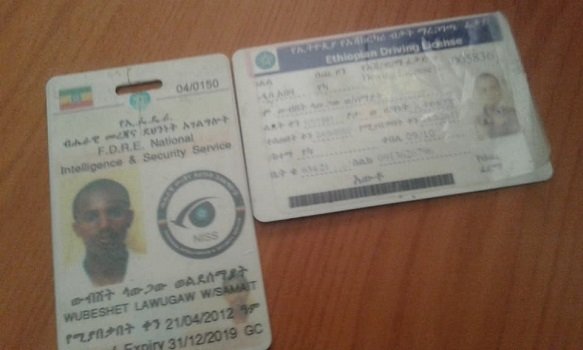 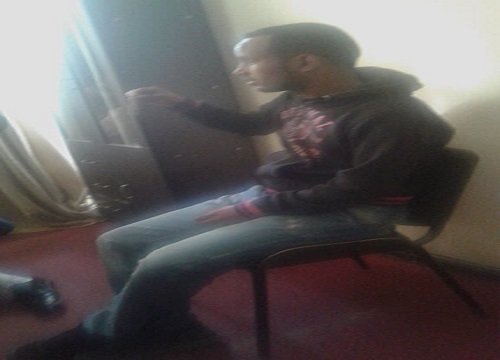 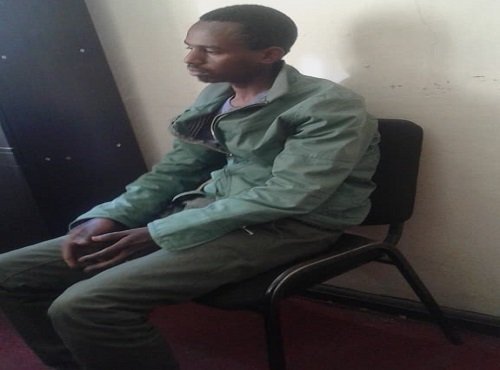 Alleged TPLF assassination plot on OPDO leaders is foiled.
TPLF apparently picked Ethiopians of Amhara origin from its intelligence officers to carry out the attack

Geresu Tufa is an activist based in the Netherlands and he shared on his Facebook page pictures of what he says are folks given the mission to assassinate senior OPDO leaders. From developments in recent months, these leaders have somewhat got political acceptance even outside of their ethnic political base as they are espousing unity of Ethiopia.

The social media update by Geresu indicates that the assassins were deployed by Tigray People’s Liberation Front (TPLF) intelligence chief. Currently, head of the intelligence is Getachew Assefa who is also a member of the ruling coalition, Ethiopian People’s Revolutionary Democratic Front (EPRDF).

The two alleged assassins are identified as Wubshet Lawgaw Woldesemayat and Bayu Tihitna Zeru. They were driving Toyota Corolla with plate number 79887AA – ostensibly to carry out the mission by TPLF security agents. However, the information is not verified by other sources so far. But what is known is that Geresu seem to have information sources within Ethiopia, and possibly within OPDO as well.

Based on information from the activist, the alleged assassins recruited from the intelligence department to carry out the assassination seem to be of Amharic speaking Ethiopians which analysts think is tantamount to a plan to bring about ethnic violence between Amhara and Oromo.

Despite relentless efforts by TPLF to bring the two languages speaking groups to a state of war, Amhara and Oromo are rather rejuvenating centuries old strong relation and the current leadership in OPDO (targets of the alleged assassination) and ANDM leadership have made a notable contribution in the effort to break apart hate wall erected between the two people as they are actively promoting the unity of the two people.

It has been reported by Ethiopian Media outlets in the past two days that the meeting of the executive committee of the ruling coalition, EPRDF, is not going well and that TPLF has lost ground as OPDO and ANDM (Amhara National Democratic Movement) stood together and firm to oppose TPLF domination.

Aigaforum, one of Pro-TPLF mouthpiece based in the diaspora, reported this week that EPRDF executive meeting is going well and that reports of deadlock within the 36 members executive committee are not correct, which does not seem to be the case.