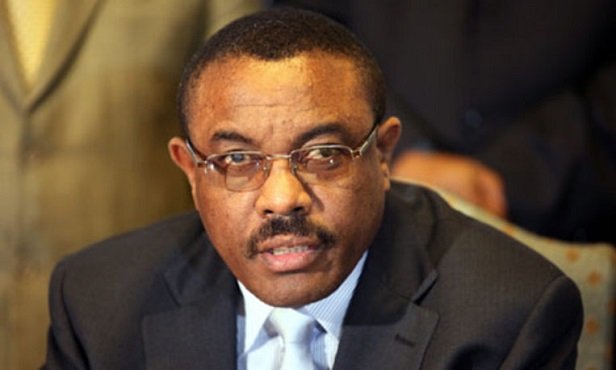 Ethiopian prime minister Hailemariam Desalegne held a press conference on the situation of the country yesterday. Conflict in the Somali -Oromo regions of Ethiopia which caused the displacement of hundreds of thousands of people, the ongoing protest in Oromo region of Ethiopia and Ethiopian born Saudi Billionaire’s asset in Ethiopia were highlighted in his speech.

Highlighting that normalcy is restored in the Somali-Oromo region of Ethiopia, Hailemariam told journalists that the conflict was not about border issues or demarcation “as some people tried to frame the conflict.” He seems to think that the conflict has something to do with Khat ( a stimulant plant with high demand in the region) trade. It was, he explained, “instigated and orchestrated mainly by groups involved in illegal Khat trade in the region.” he added that “most of the culprits are under arrest” However, the Ethiopian in the opposition quarter and political pundits tend to see the recent ethnic violence in the Somali-Oromo region of Ethiopia, Hailemariam Desalegne came up with a different explanation.

Hailemariam went to the extent of claiming that the groups which he believed caused the conflict in the region “formed coalition with terrorist groups to carry out catastrophic acts that led to the deaths of innocent people and the displacement of hundreds of thousands” as cited by the state broadcaster, Ethiopian News Agency.

Yet, in what appears to be a contradictory statement, the prime minister told journalists that his government is working on the task of investigating the origins of the conflict and resolving them.

With regards to protests in the rest of the country, particularly in Oromo region of Ethiopia, his government seem to think that it is related to “rent-seeking” activity which he thinks is the arch-enemy of Ethiopia.

However, it is noticeable that Ethiopians are demanding change and an end to a discriminatory system based on ethnicity which many Ethiopians think is benefiting the power base of Tigray People’s Liberation Front, Tigray. The regime has been in power for more than twenty-seven years now.

Hailemariam also faced a question regarding Ethiopian born billionaire, Al Amoudi, who is arrested in Saudi Arabi. He said his asset in Ethiopia is safe and Saudi government is apparently unable to freeze it.

Mohamed Al Amoudi the top investor in Ethiopia next to the ruling Tigray People’s Liberation Front business entities. Al Amoudi is also a patron of the ruling party which is extremely unpopular.
___
Join the conversation. Like borkena on Facebook and get Ethiopian News updates regularly. As well, you may get Ethiopia News by following us on twitter @zborkena