Starting Monday, November 6, Ethiopian Orthodox Tewahdo Church will have 14 days of prayer for peace in Ethiopia 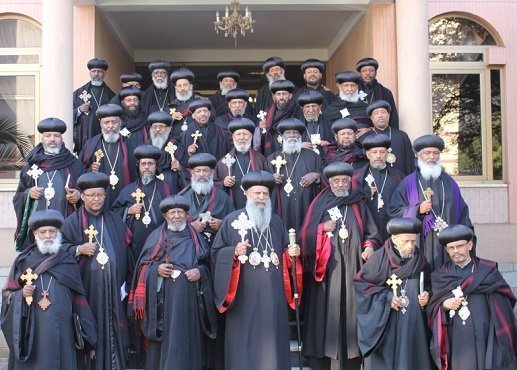 What Ethnic politics politicians introduced as means to address perceived historical grievances is rathercausing havoc to Ethiopia. Unfortunately, the victims are innocent citizens who benefit much from living in peace and unity and who are relentlessly toiling in the countryside as subsistence farmers or those in cities who try hard to win bread for families and relatives. Often times those Ethiopians who lived for generations in regions like what is now called Oromia, Benshangul and Somali region are facing threat as they are seen as aliens and invaders who are exploiting the resources. In the last two weeks alone, more than fifty Ethiopians have lost their lives due to conflict which manifested omens of ethnic cleanings.

Yet, intransigence about ethnic politics, the champions of it endear it as the best form of “self government”, as ” the only solutions for Ethiopia” still runs high among the disciples of the late Meles Zenawi, an architect of ethnic politics in Ethiopia and in the quarter of Oromo Liberation Front organization ideological slaves.

The Ethiopian church has itself been a victim of ethnic politics. Observing that the situation of Ethiopia has become unprecedentedly fragile, the Holy Synod Ethiopian Orthodox Tewahdo church decided two weeks of prayers and sermons to be held across monasteries and churches for peace in Ethiopia.

Ethiopian Church is also to donate six million Ethiopian birr, through Ethiopian Orthodox Church structures, for those who are affected by recent ethnic violence in South West and South Eastern parts of the country. The Holly Synod issued a seventeen point statement on matters related to the Church and Ethiopia

The decision was past at the conclusion of Holy Synod meeting this week.

No other initiates yet from Catholic and Protestant churches in the country.

Faith leaders in the country have been criticized for not adding voice against repression and violence in the ensuing disaster following an ethnic conflict as it is feared that the worst is yet to come if something that could reverse the situation is done.
___
Join the conversation. Like borkena on Facebook and get Ethiopian News updates regularly. As well, you may get Ethiopia News by following us on twitter @zborkena