Opposition figure to be released on 30,000 birr bail 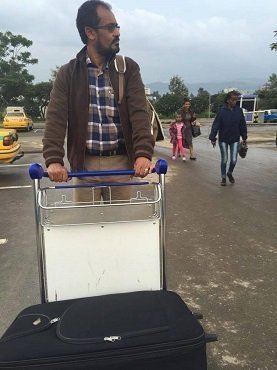 Bekele Gerba, secretary of Oromo Federalist Party (opposition), is granted bail. He was denied bail right a few months ago. But yesterday, the Federal Supreme that granted him bail for 30,000 Ethiopian Birr (USD 1200). He was in jail for more than a year now. Once out of jail, he will have to continue to defending himself of alleged criminal charges.

Addis Standard quoted Boontu Bekele, daughter, as saying “We are relieved that the Supreme court granted my father the bail, but we are at the same time worried that he is facing serious criminal charges; we are even more worried because we know all the charges against him were politically motivated”

Bekele Gerba and some other members of his party (mentioned above) were initially charged with Anti-terrorism law, a controversial one which the opposition and people in the free press see as a political tool, following the protest in Oromo region of Ethiopia in 2015. They were also accused of membership to Oromo Liberation Front, an outlawed ethno-nationalist opposition, and inciting violence in towns like Ambo, where there was another deadly protest last week which caused the death of at least 10 civilians.

Protests in the last two weeks in Oromia region demanded for the release of political prisoners and it is not clear if the bail right to Bekele Gerba, which was denied before as mentioned, is related to it. On the other hand, analysts think the ruling TPLF party is possibly looking for alternative means to deal with what is now appearing to be rebelling Oromo People’s Democratic Organization which is a member of the ruling coalition.

Some senior members of Oromo Federalist Congress told the VOA Amharic service recently that they are in house arrest.

Chairman of the party, Merera Gudina, was arrested in November 2016 upon arrival from a working visit to Europe and he is still under arrest. His home town, Ambo, made it clear that government has to release him but there is no signs if he is going to get bail, like Bekele Gerba.