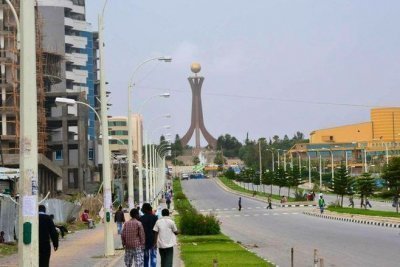 In spite of anticipations that something different would come out of TPLF central committee meeting in Mekele, which was going on for nearly a week, the resolve rather seem to be maintaining the status quo.

TPLF apparently discussed,among other things, the conflict in Tegede, “anti-corruption campaign”, the conflict between somali and oromia regions and the political situations in the country.

Areas in north Gonder adjacent to Tigray have experienced unprecedented tension under the ruling government because of resistance to Tigray territorial expansion. The area is still militarized and popular resistance over the question of Tegede and Wolqaite is not over. Social media reports from the area say the TPLF led administration is sending fresh military enforcement to the area since yesterday.
[adToAppearHere]
Tigray region is also criticized by residents of Raya, used to be northern Wollo, on grounds of similar forceful expansion of Tigray.

The central committee also discussed the conflict between Somali and oromo regions of Ethiopia which caused dislocation of at least 150,000 citizens and 50 deaths. TPLF position, according to report by Fana, is that “it will resolve the issue, along with sister political organizations within EPRDF, through revolutionary democracy”
TPLF statement sent to its affiliate media, Fana, added that “TPLF will work together with sister organizations to fend off chauvinist and narrow nationalism which is changing its tactic at different times.”
Speaker of the Federal Parliament, Abbadula Gemeda, resigned this week in protest over government handling of the conflict in somali region.

Master’s of the ruling coalition have been accusing Oromo People Democratic Organization (OPDO) of narrow nationalism sentiment. Some Ethiopian political observers seem to think that the radical oromo ethno-nationalists have exploited OPDO structure to radicalise the youth against Ethiopia and they still cary out grassroots level radicalization programs through OPDO administrative structures.

Political pundits in Ethiopia think that TPLF is over-powerful actor in the ruling coalition, EPRDF, and that it is the only party that is exercising power while the rest of the organizations in the coalition, TPLF calls them sister organizations, are mere puppets to TPLF.
____
Join the conversation. Like borkena on Facebook and get Ethiopian News updates regularly. As well, you may get Ethiopia News by following us on twitter @zborkena