Ethiopia & Eritrea: What will it take to break the deadlock? Martin Plaut

Editor’s note: The article ” Ethiopia & Eritrea: What will it take to break the deadlock? appeared first on Al-Mariam blog” 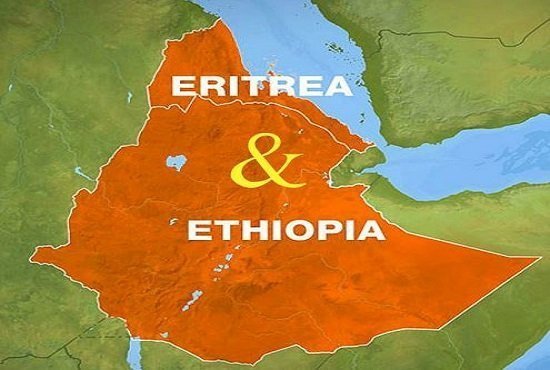 The stalemate along the Ethiopian-Eritrean border benefits almost no-one. Two armies stare at each other across the 1,000 kilometre border – as they have done since June 2000, when the fighting ended. Every so often there is a flare-up. An Eritrean border guard will fire at a refugee attempting to cross the frontier illegally; if the shots are witnessed by an Ethiopian patrol they will return fire and both sides will retaliate with rifle fire and sometimes an artillery barrage.

As ever, there are deaths, to add to the thousands who lost their lives so tragically in the senseless border war. Nothing moves on; nothing is achieved. The no-war, no-peace that has prevailed for seventeen long years continues. Lives and scarce resources are wasted in an utterly pointless confrontation that no-one can resolve.

In their hearts both governments know this, but neither believes they can back down. Eritrea – rightly – demands that the Boundary Commission ruling be implemented, and they have legality on their side.

Ethiopia, fearing to lose face, refuses – demanding that there are further talks. Addis Ababa argues, quite correctly, that implementing the border without such talks will divide villages and disrupt lives.

But that is precisely what both sides agreed to when they signed the Algiers Agreement which demanded that the border be drawn without regard to common sense. As Article 4/2 put it: “The Commission shall not have the power to make decisions ex aequo et bono.” This is Latin for “according to the right and good” or “from equity and conscience”. In other words, the Commissioners were bound by a strict interpretation of the law, and could take nothing else into account. No point in Ethiopia objecting after the Treaty was signed: it got what it asked for.

So much for the past; yet it is the past separating the two ruling parties that is really at the heart of this wasteful confrontation. The divisions that separated the EPLF and the TPLF back in the 1970’s and 1980’s still hang like ghosts between the two movements. They cast a terrible spell over relations between the two governments and inflict a terrible cost on their divided peoples. The endless accusations of bad faith run deep indeed: did the EPLF throw TPLF fighters lives away during the Red Star offensive? Did the EPLF inflict thousands of deaths on Tigrayans by closing their territory to relief supplies during the 1984 – 85 famine? Did the TPLF play fast and loose with the EPLF by forming alliances with other movements and considering their relationship only a matter of expediency? The list goes on and on.

In the meantime the border is sealed. The ports of Assab and Massawa remain closed to Ethiopia, which has to rely on the less satisfactory transit links via Djibouti. People on both sides of the border remain separated from family members a few kilometres away. Trade which should have continued (as it has done for centuries) between the two countries remains blocked. Who gains? Almost no-one. Only the old men who run the ruling parties remain satisfied – entrenched in their views: determined not to budge, fearing that any move forward will be seen as a mark of weakness.

International mediators come and go, but little appears to be achieved. Perhaps some miraculous deal is being hatched as I write, but I am unaware of it.

Can the stalemate be ended?

The answer to this question is obviously yes. One day it will end. Nothing lasts for ever. Just think of Percy Bysshe Shelley’s poem, Ozymandias.

I met a traveller from an antique land,
Who said — “Two vast and trunkless legs of stone
Stand in the desert. . . . Near them, on the sand,
Half sunk a shattered visage lies, whose frown,
And wrinkled lip, and sneer of cold command,
Tell that its sculptor well those passions read
Which yet survive, stamped on these lifeless things,
The hand that mocked them, and the heart that fed;
And on the pedestal, these words appear:
My name is Ozymandias, King of Kings;
Look on my Works, ye Mighty, and despair!
Nothing beside remains. Round the decay
Of that colossal Wreck, boundless and bare
The lone and level sands stretch far away.

Empires crumble; regimes fall; kingdoms turn to dust. But peoples endure. And – in my view – there is little that separates the peoples of Ethiopia and Eritrea. In fact, far more unites them. They have a rare intelligence and a depth of understanding; a wonderful shared heritage and culture. They also share negative traits: stubbornness, inflexibility and a secretiveness which makes progress so very hard to achieve.

But let us (just for a moment) assume that we had a blank sheet of paper and could put the fears and deep-seated bitterness to one side. What could be then achieved?

In my view one would have to start with the enduring institutions of the two countries: the elders and the religious leaders. Both groups have enormous wisdom and patience to draw on. Given time and goodwill they could be brought together to work out a solution that has – quite evidently – eluded the ruling parties of both countries. And the place I suggest that they should meet? The town of Badme, of course.

It is Badme – symbol of the divisions between Eritrea and Ethiopia – that could be used to unite them. I am sure that the international community, which has attempted for years to overcome the obstacles that separate the two countries, would be only too delighted to construct a centre at which meetings of faith leader and elders could take place. Personally I think this would be a mistake. Neither country is short of money when they want to go to war: let Asmara and Addis Ababa pay for this project, if they really long for peace. It would be a token of their commitment.

Bringing leaders together is – of course – only a beginning. They should be assisted in finding common ground and here international mediators might well play a role. There should be no timetable and no schedule. The very presence of religious and community leaders talking together would be a symbol of what can be achieved.

Some further suggestions: why not re-open the border (even for a limited period) so that families could be re-united? Why not re-open the ports, even if it is only to allow American grain so badly needed in Ethiopia to be transported from Eritrea? These symbolic acts would increase confidence and allow for a relaxation of tensions along the border.

Finally, would it not be an idea to establish a Commission to jointly investigate what went wrong between 1991 and 1998? Again, international experts could contribute to the discussions, with neither side having a right to enforce an interpretation of any event. A joint history could be written, with passages of disagreement clearly marked, where common ground cannot be found. At least there would be agreement on what was not agreed upon!

None of this would be impossible. None of these ideas are impractical. All they require is political will: a determination to end the stalemate and put the past behind the two nations. Everyone knows that neither can succeed in this confrontation. Let it therefore end, and end now, before further suffering is inflicted on either people. 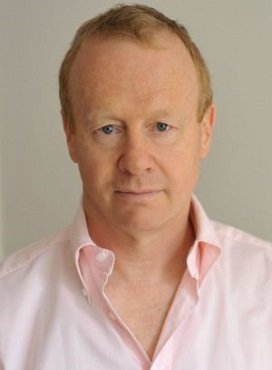 Martin Plaut is currently Senior Research Fellow, Institute of Commonwealth Studies at the University of London. He worked for the British Labour Party as Secretary on Africa and the Middle East in 1979. In 1984 he joined the BBC, working primarily on Africa. He became Africa editor, BBC World Service News in 2003 and retired from the BBC in October 2013. He reported from many parts of the continent but specialised in the Horn of Africa and Southern Africa. His publications include, among others: Understanding Eritrea: Inside Africa’s Most Repressive State (Hurst 2016) and Ethiopia and Eritrea: Allergic to Persuasion (Royal Institute of International Affairs 2007) [with Sally Healy].