Why the Swedish government should fight hard to free cardiologist, Dr Fikru Maru… 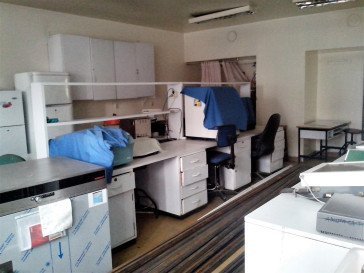 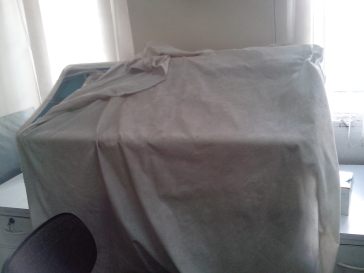 The above photos were taken by the author of this post, Dr Frank Ashall, in January, 2017, while he was a professor at Addis Ababa University, Ethiopia. They show a laboratory at Addis Ababa University containing about US$ 1 million worth of sophisticated biomedical equipment, almost none of which was used in over 4 years, and much of which fell apart. One neglected $50,000 machine was “eaten” inside and severely damaged by mice. On the left, a $50,000 machine is covered up with dirty cloth; on the right, a $220,000 machine sat, covered up for over 4 years, still unused and deteriorating. In the foreground (left, photo on right), an expensive piece of laboratory equipment sits, still in its wrapping material after 4 years. The laboratory was funded with Swedish donations.

This post is about a Swedish cardiologist who, as we speak, has been unjustly suffering in an Ethiopian prison for over four years. It is about his family, who miss him badly and wonder, incredulously, how he ended up in prison, and why he has not yet been freed.

It is about ethnic and political oppression by the Ethiopian government, and its infringement of its own constitutional laws, as well as of international human rights laws, on the rights of arrested individuals to a fair and speedy trial.

It is about corruption, misuse and mismanagement of foreign aid.

It is about a regime that recklessly imprisons doctors, academics and peaceful, innocent citizens; that denies their rights to a fair trial by arresting them on false charges; delays their court hearings for months, if not years; and keeps innocent prisoners behind bars by fabricating new charges and evidence against them.
[adToAppearHere]
It is also about appalling wastage and mishandling of Swedish funding in Ethiopia.

I will present information that became available to me, much of it through personal experience, during my recent four years (2012-2017) as a professor, teaching medical students and graduate students at Addis Ababa University Medical School.

Who is Dr Fikru Maru?

Dr Fikru Maru is an Ethiopian-born Swedish citizen. He obtained his medical degree in Sweden and trained there as a cardiologist, specializing in life-saving diagnostic and therapeutic procedures. After decades of practicing as an esteemed doctor in Sweden, he established, in 2006, a heart hospital in Addis Ababa- it was the very first specialist heart hospital in Ethiopia.

Dr Fikru brought in specialised equipment and supplies needed for the hospital in Addis Ababa. This was a major advance in Ethiopian medicine: Dr Fikru and his colleagues at the new heart hospital were performing advanced medical procedures never done before in Ethiopia.

He should have been hailed as a pioneer for advancing Ethiopia’s medical system.

But, instead of receiving awards and accolades for his pioneering work for Ethiopian Medicine, the good Dr Fikru was arrested and thrown into an overcrowded Ethiopian prison, where he has suffered now for over four years, with no sign of being released. On the contrary, though he was cleared of all previous charges, he has now been accused of an absurd new charge, and repeated delays of his court hearings mean that he will not be released in the foreseeable future, despite as of yet having no conviction of any crime.