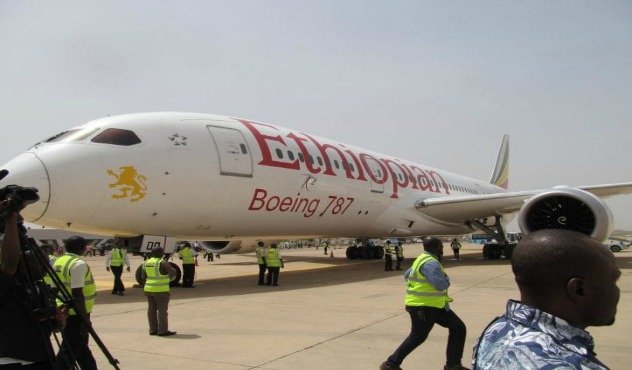 Ch-Aviation reported that Nigerian Aviation is accusing Ethiopian Airlines of what it says illegal charges. According to the report, Nigerian passengers to South Africa are paying “deportation fee.”

The report cited Sam Adurogboye, head of General Manager of Public Relations of The Nigerian Civil Aviation Authority (NCAA), to report that Nigerian aviation authority warned Ethiopian Airlines not to charge Johannesburg bound passengers from Lagos USD $75 before boarding the flight. The report added the fee could be as high as $150.

Apparently, the Airlines started to charge ‘deportation fee’ after South African government deported 187 Nigerians.
[adToAppearHere]
_________
Join the conversation. Like borkena on Facebook and get Ethiopian News updates regularly. As well, you may get Ethiopia News by following us on twitter @zborkena