Many Ethiopians remember Fekade Shewakena as very tolerant person to political differences .He passed away this week in the United States. 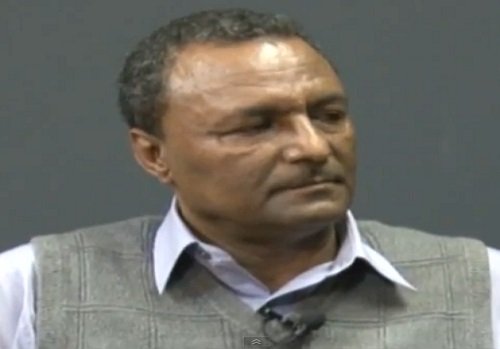 Fekade Shewakena one of prominent Ethiopian Rights activists based in the United States passed away, colleagues and media people reported.

He was initially fired from Addis Ababa University, where he taught for more than ten years, along with forty other faculty members soon after Tigray People’s Liberation Front took over power in 1991 under the leadership of the late Meles Zenawi.

In the United States, where he had been living for well over twenty years, he had a career as a researcher with a consulting firm.

Along with his human rights activist role, he made numerous appearances on Ethiopian Satellite Television and extensively wrote commentaries on Ethiopian sites.

He was also on facebook where write updates on current affairs and reflections regarding controversial issues in Ethiopian politics.

It was not known even if he was sick which is why news of his death was received with shock among Ethiopian in the Diaspora and in Ethiopia.

According to information shared on social media by some media personalities, Fekade Shewakena will be laid to rest at George Washington Cemetery on Saturday at 12pm.

Church service will be held at Mariam Church from 9am-11am
[adToAppearHere]
____
Join the conversation. Like borkena on Facebook and get Ethiopian News updates regularly. As well, you may get Ethiopia News by following us on twitter @zborkena