Great Ethiopian patriot and a hero, Lt. General Jagema Kello passed away at 96 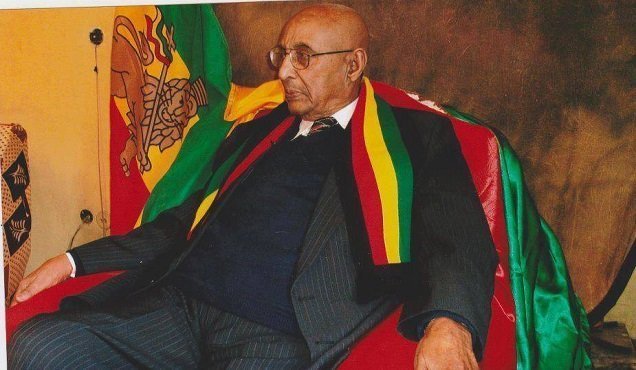 One of Ethiopia’s most celebrated patriot and a hero, Lt. General Jagema Kello passed away at 96 in Addis Ababa, Ethiopia

He severed in the Ethiopian military during the imperial government of Emperor Haileselassie.

He was only 15 years old when he led a resistance force against fascist Italy which invaded Ethiopia in the late 1930’s.

He made appearances in radio talk show with Sheger FM a few years ago and fondly narrated the years of resistance against Italian forces in Ethiopia, among other things.

He is survived by five children.

Check out three parts interview he had in recent years

[adToAppearHere]
____
Join the conversation. Like borkena on Facebook and get Ethiopian News updates regularly. As well, you may get Ethiopia News by following us on twitter @zborkena