New Book on The Ethiopian Revolution launched in Amsterdam

Revolution Love and Growing Up 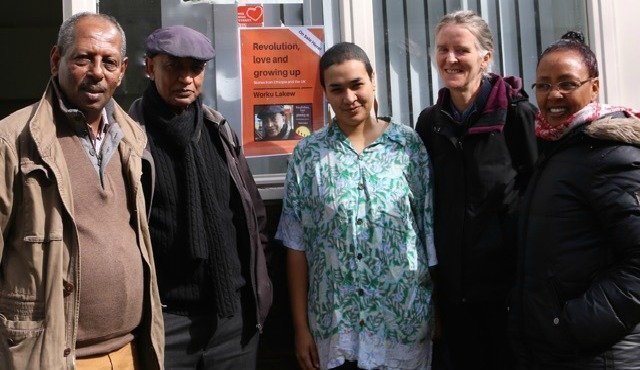 On Sunday 2:00 PM, the 26th of March 2017, at the meeting halls of The Ethiopian Community Association in Amsterdam City, a new book on the Ethiopian Revolution was launched to guests that were invited by the Association through an email sent to hundreds of members and supporters. The book entitled Revolution Love and growing up stories from Ethiopia and the UK was written by Worku Lakew a former founding member of the USUAA Congress, and also a member of EPRP and EPRA and was available on paper back and Hard back editions. Later the author informed the meeting that an Amharic edition is in the works and should be hopefully available in the next two years.

Accompanied by a specially printed poster for the occasion, the launch was chaired and opened by the Chairman of the Association. In his introductory remarks he described the significance of the book as an original testimony based on the memoirs of the author Worku Lakew, as an original contribution to the modern history of Ethiopia covering the period since the February Revolution up to the closing stages of the 20th Century.

Focusing on the role of the EPRP, The EPRA, The University Students Union of Addis Abeba (USUAA), and the Dergue, with all of which, the author had direct and personal involvement, it was billed as a very fresh and personal contribution to large sections of modern Ethiopian Revolutionary History, that are still in the dark and are waiting for light to be shone on the period.

The chairman welcomed the launch and publishing of the book as an encouragement for all Ethiopians to make their own contributions by recording their memoirs, so that the jigsaw puzzle which forms our history could be completed through our collective efforts. 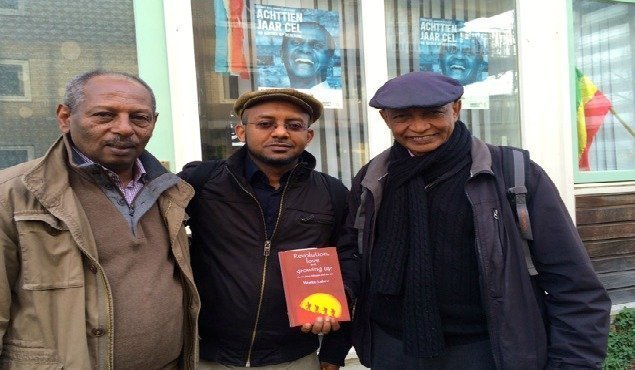 He specially welcomed the fact the book contained material that had not been in the public domain about the relationship between the Dergue and EPRP as the author was one of the leading members of the party in relation to this work, being responsible for some of the key party members and party work between the Dergue and EPRP which came directly under the control of leading members of the political bureau of EPRP and commended that a light was being shone on this unknown facet of the Ethiopian Revolution and enable us to fill gaps in our knowledge of the history of this period.

He emphasized the originality of this contribution as the author was in the unique position of having participated to a greater or lesser degree in the founding days and epic activities of the University Students Union of Addis Abeba as well as taking part in the EPRP organisational activities in the capital where he was a member of the party Zonal committee of Zone 4 as well as the Addis Abeba party inter-zone committee on intelligence which as is well known were key organs of the party during the urban phase of the revolution.

In addition, the Author had also been an active member of the party in the liberated areas of Bellessa Zone in Gondar Region where he served as party Secretary for the region for several years as well as in the fighting wing of the party, The EPRA, in its closing stages of the struggle where he served as apolitical Commissar of a new unit under formation.

This wide span of experience provided the author a vantage point to write and comment on this period of the revolution. Quite uniquely, the experience of running a branch of the party organisation within the Ruling Dergue establishment which included among its members key officers of the Dergue could only awaken our expectation of what great secrets are contained in this book and brought to light for the first time.

The chairman then introduced the author to the audience and took the stage and expanded on his perspective on writing the book, after thanking the chairman, the association and the event organisers for inviting him to launch the book.

He started by saying that it all started as a journey of keeping a promise that he had made to his children, three girls, to write down bedtime stories that he had been telling them orally while they were growing up, some of whom were now attending the launch as grown-ups and were among the audience.

He stated that one of his fundamental aims is to encourage other people to record their own experiences so that the mosaic of our history could be completed by the combined efforts of the all the people of the country. He also reiterated his hopes that such efforts of recording past events will become an important part of passing our accumulated and unique experience to the next generation. He felt that his generation was unique to have been called to the barricades of history to stand guard at the epic moments in which our country was going through radical and generational change, something that happens very rarely in the life of a nation. He stated that it is equivalent to the birth, wedding and death moments of a family and individuals in it, to take part in these inflection points when a nation is forced to undergo change with the entire trauma that is associated with it and the moments of heroism and sacrifice as well as the tragedy that goes with it. These impacts live with us for generations to come and the repair of our collective psychosis requires such reflection by all those witnesses from the barricades.

The author also shared his view that Ethiopian History has been truncated and chopped into small segments due to the experiences of different generations, different regions, nations and peoples, and this has made a consensus difficult among the people . In this epoch of contested history and experiences, the author believes that an honest and personal testimony is one of the best ways forward in order to reconstruct our fragmented history.

Personal experiences have the status of a start witness for the prosecution in a murder case. If it involves eyewitness statements from the scene of the crime including the murder weapon, it can act as an invaluable source of evidence for our history for future generations.
[adToAppearHere]
The author stressed that he is not writing a justification for or a defence of EPRP, EPRA or the USUAA Congress but providing a direct and first-hand account of what happened, where, by who and why things turned up the way they did as well as occasionally offering his own opinion of what the explanation is, even if it is critical of EPRP and its role I the revolution.

As the chairman stated in his introductory remarks , and interventions, , honesty and frankness must start at home and in this regard the author doesn’t spare us the intimate details of his early childhood , his family life and the complexities of growing up in Gondar and later in Addis including what happens in one of the most privileged boarding schools in the country, The General Wingate, which is the playground of the sons of the privileged, the rich and the powerful or the poor but talented who arrive on the back of special competitive scholarships, as the author did. The book then frogmarches us through the pre-revolutionary situation in Ethiopia, the birth and development of the revolutionary student union of Addis Abeba University (USUAA congress), the February Revolution of 1974 , the coming to power of the Dergue, followed by the red terror , the revolutionary armed struggle of the Ethiopian People’s Revolutionary Army (EPRA), and life in the liberated areas. It surveys the final days of this epic armed struggle where the author together with hundreds of others ends up in exile in the Sudan as a refugee and later in London in the UK.