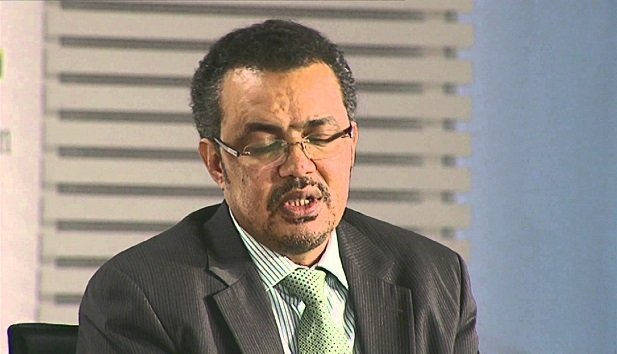 Albeit incautious optimism, retrospectively, about better prospect of peace and human rights, among other things, what happened in the world since the fall of the Berlin wall proved, arguably, that the international system and the so called the “international community” is rather a façade.

In stead of being better than its predecessor, the League of Nations, the United Nations descended into a new low point of uselessness. Whether what happened in the Balkan in the 90’s or the reduction of Iraq from one of the strongest states in the region to what it is now – weak, unstable and divided – because of US unilateral war based on false information or the way Libya was reduced to its current state after its leader was brutally killed by major powers led “Humanitarian War” show how the UN has become what it is not supposed to be. Apart from inability to avert wars, this multilateral institution is not making serious efforts to uphold principles and conventions that were adopted by member states many decades ago.

No surprise that UN agencies can only be as good as the United Nations itself. It is now public that the World Health Organization has short listed three candidates -David Nabarro, Sania Nishtar and Tedros Adhanom Ghebreyesus – to replace the outgoing Dr. Margaret Chan, Chinese-Canadian, who served two terms.

The case of Tedros Adhanom as a shortlisted candidate is a quintessential example to show how World Health Organization is divorced from the values and principles that it is meant to uphold by virtue of being a UN agency. Because the UN itself is essentially a failure, it is hard for the agencies to be a success when it comes to adhering to international values and principles.

It is axiomatic that Tedros Adhanom Ghebreyesus is nowhere near the other two candidates in terms of experience. David Nabarro is a medical doctor with over forty years of experience including in a multilateral organization; he revealed in his campaign website that he has been preparing himself for this position for a good part of his life time. Sania Nishtar on her own right has a wealth of experience both in government (ministerial portfolio) and in a multilateral institution and as an activist.
[adToAppearHere]
Tedros Adhanom served in ministerial positions, Health and Foreign Affairs, with the current regime in Ethiopia. But how he got to his ministerial position is profoundly, in fact solely, a function of political affiliation with the minority ethno-chauvinist regime whose piles of egregious human rights violations is in the hands of reputable international human rights organizations. Not only that he is aware of killings of thousands of Ethiopians by the regime he served but also, he has been fiercely defending it. In fact, he employed his penchant for social media to promote the regime as something else but without success.

His alleged success as minister of health in Ethiopia is a misnomer as is the narrative of the double digit economic growth which many say was in a limelight in major media outlets in a suspicious way. Ethiopia has been the leading recipient of aid in Sub-Saharan Africa. Amid narratives of “double-digit” growth, up to 40 % of Ethiopian government spending, both capital and operating budget, was funded by donations from donor states. A big chunk of donors fund was allocated for programs in the ministry of health ,which was under Tedros Adhanom before he became foreign affairs minister, on grounds of fighting against HIV and AIDS.

Government explained the recent country wide anti-government protest in Ethiopia, over 1000 civilians were killed by government security, as protest over “bad-governance” which was in turn explained in terms of corruption and incompetence. Besides, it admitted colossal corruption within its ranks and pledged what it called “revival” to ease tension caused by popular protest. And ministry of health is one of the most corrupt government department.

For example, Pharmaceuticals Fund and Supply Agency, which is under the ministry of health in Ethiopia, admitted that more than US $500 million was wasted in unexplained and illegal purchases. From reports even by state media, it seems the case that much of that happened under the watch of Tedros Adhanom as Minister of Health. But this was not known until after the anti-government protest in February of this year.

Incompetence is a pervasive problem within the government that Tedros served. Recent example that could give a clue about it is garbage dump landslide in Addis Ababa which killed well over 120 Ethiopians. Conceivably, responsibility about it is related to the City Administration which is again part of the regime. But what has the ministry of Health done to address health concerns of residents who were complaining about garbage pile up for years?

It is this same government that submitted the nomination of Dr Tedros Adhanom Ghebreyesus for World Health Organization Director General position. No question that his appointment, if it happens, to the position will have a symbolic and psychological significance for an ethno-chauvinist regime like TPLF which explains why it is spending, apparently, huge sum of money to fund lobbyists on behalf of Dr Tedros Adhanom, not to mention spending in Africa as part of his team. The party that Tedros defended and is a member of, Tigray People’s Liberation Front, is ethnic based party with propensities superstitious belief about the uniqueness and bravery of Tigraeans – which constitute less than 6 % of Ethiopia’s hundred million population.

True, the African Union endorsed Tedros but the decision has a lot to do with the AU as a corrupt club than an entity with principle that prioritize merit and the dignity of Africa and Africans.

But again, on the layer of competence, Tedros Adhanom was a failure as a minister of Foreign Affairs Ministry. The experiences of Ethiopians in countries like Saudi Arabi where dozens were savagely attacked by Saudi government securities and Saudis on grounds of illegal presence is fresh in our memories. He or his government never challenged Saudi authorities.

Whatever the priorities of World Health Organization are, Tedros Adhanom is not the right person to execute them. That is what his track record shows.

Besides the issue of competence, to appoint Tedros to WHO Director General is tantamount to betraying UN values that relate to human rights. The WHO as a UN agency must put itself in the shoe of Ethiopians that have been brutally repressed by the government Tedros Adhanom served and championing to date, and thousands and thousands of Ethiopians who lost a family member due to Tedros Adhanom government’s killing. In fact, it was a surprise to so many of us that Tedros was even shortlisted considering those competence and human rights issues. Maybe it tells a story of the power of lobby but constitutes another dark spot in the history UN agencies.

Is it too much to ask or naïve to think that WHO should give precedence to universally cherished values, like human rights – which is in a way a measure of progressive values –, and to competence over anything else? People who worked for and supported corrupt dictators with bad human rights records need to learn that counting on lobbyists and financial power to win positions in multilateral institutions is a bad idea.

____
If you would like to publish article here, please send it to : editor@borkena.com