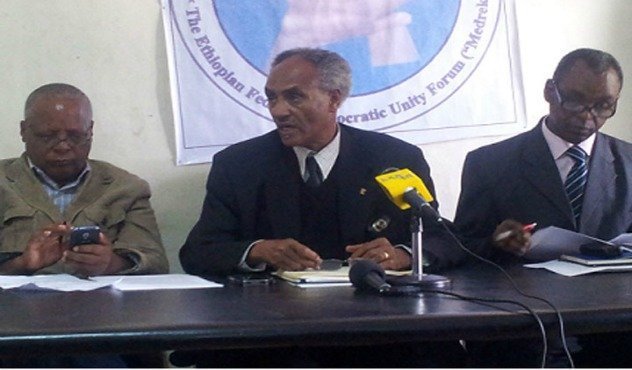 Months after talks of possible “negotiation” between the ruling party, theoretically a coalition of four ethnic based parties but three of them are a creation of the dominant TPLF party, and opposition parties, it is now public that the process is started.

On the opposition side, 21 parties are part of the “negotiation.” Obviously, they are of different sizes and political convictions – so to speak. As things stand now, All Ethiopian Unity Party and Medrek (this is an ethnic based opposition coalition) seem to be the bigger ones in terms of membership size -among other things.

Yet, it seems the case that size does not matter as far as opposition parties are concerned in that it is not relevant for their strength of negotiating power.

What that means is, obviously, the outcome of the “negotiation” is predictable when negotiating power of negotiating parties is not symmetrical. And there is precedence in recent times. Following the 2005 election, the regime was voted out in the ballot box. And the opposition party was formidable compared to all the parties that are now “negotiating” put together. The only thing the ruling party leaned on was its control of the security apparatus and the military.

After contesting election outcome, the regime in power, with arrangement by state actors like the US embassy in Ethiopia, started negotiation with the victorious opposition. When it reached to a point where it can not politically dictate terms of the agreement, the regime arrested the entire leadership of the then opposition CUD (coalition for unity democracy – extremely popular at the time). Finally, the outcome of the election was determined that way.

In the latest election, the regime already claimed 99.6 percent of electoral win which left no opposition seat in the parliament. The nationwide anti-government protest in which more than 1000 Ethiopians were killed last year, however, speaks of different story.

Why “negotiation” is wrong idea for many

There is something fundamentally wrong from the outset, and many analysts seem to agree about it, regarding the current “negotiation.”

Just like members of the ruling coalition are the creations of Tigray People Liberation Front – one that wields absolute military and other forms of power –, many of the 21 opposition parties that are part of the current “negotiation” with the ruling party are literally the creations of the regime in power.

Not secret that many of them are created for purposes of proxy politics to destabilize the opposition quarter. They are also, most of them, in a way, means through which the regime proves existence of multi-party system in Ethiopia.

Besides, the question as to what exactly it is that parties want to “negotiate” with a regime that has been killing thousands, whenever it feels its power is threatened, solely to maintain its power is puzzling for many politicized Ethiopians.

The “negotiation” process is not moving fluidly perhaps an intentional effort to make it appear like real negotiation.

Medrek has procedural objections. It wants to meet the government for negotiation on its own without joining other opposition parties.

A report by VOA Amharic indicates that Beyene Petros ( Dr), leader of Medrek , says it is impossible to be part of the negotiation where 21 opposition parties are taking part.

Medrek is threatening that it will not be part of the negotiation, if it is not having a one-to-one “negotiation” with the ruling party.

Within Medrek, the key player is Oromo Federalist Congress whose leader, Merera Gudina, is put behind bar for alleged communication with opposition forces, among other alleged indictments, outlawed by the ruling party. And Medrek does not seem to be calling for the release of Merera Gudina as a precondition for the “negotiation.”
As to the rest of the opposition parties that are party to the “negotiation”, their difference with the ruling party revolves around procedural matters.

The ruling party, however, does not see reason for a mediator. It is “proposing” that each of the 21 opposition parties could take turn to lead what is said to be is “debate” and discussion.

Although not prevalent, there are, however, speculations that the ruling party is interested in the “negotiation” as it wants to use it as tool for creating China style single party system.

With the allegations that most of the opposition parties, as indicated above, are proxies of the regime, the speculation is not something to be dismissed totally.