Eritrean based rebel claims responsibility for prison attack in Gondar 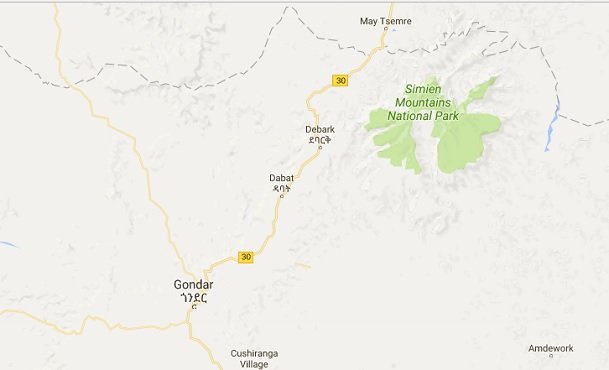 This past Thursday a prison in Wogera district of Gonder was attacked and prisoners were freed. In the attack, at least two prison guards have been killed and four others surrendered, according to report by US based Ethiopian Satellite Television.

A person who is said to be representative of the group spoke to ESAT on the phone. He confirmed the attack and the death of two soldiers in addition to claiming that they have seized weaponry.

Patriotic Ginbot 7, an armed group operating along Ethio-Eritrean border, claimed responsibility for the prison attack. [adToAppearHere]
_______
Join the conversation. Like borkena on Facebook and get Ethiopian News updates regularly. As well, you may get Ethiopia News by following us on twitter @zborkena