Fire is advancing to Kidusan Chaka of Zequala Monastery area 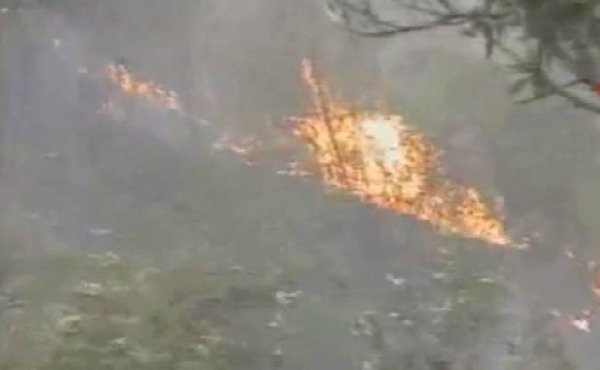 Zequala Monastery is fighitng what is said to be a wild fire which broke out this afternoon, according to reports by Hara Ze Tewahdo – a source close to Ethiopian Orthodox Church.

The fire apparently started at 3 O’clock local time from the South East of the monastery. It is advancing fast to the western side of monastery to the locality known as Kidusan Chaka.
[adToAppearHere]
The report added that the fire started at the base of Zequala mountain which is estimated to be about 7 to 9 kilometers away from the church at the peak of the mountain which is about 3000 meters above sea levels.

Zequala is about 75 kilometers to the South East of Addis – just off the city of Debre Zeit (now named Bishoftu).

Fire has become a recurring problem in Ethiopia. At times it looks like an arson and at times it goes unexplained due to lack of serious interest in investigating it.

In recent years, churches were burned to the ground in southern Ethiopia apparently by fundamentalists.

Ethiopian Orthodox Tewahdo Church has not issued a statement so far.

borkena,Ethiopia News
____
Join the conversation. Like borkena on Facebook and get Ethiopian News updates regularly. As well, you may get Ethiopia News by following us on twitter @zborkena