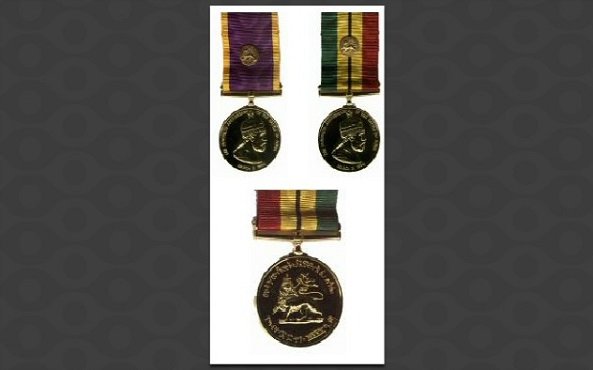 In commemoration of 121 Adwa Victory Anniversary, Ethiopian Crown Council awarded outstanding Ethiopians for their contributions to Ethiopia. ESAT reported that the ceremony took place at Army Navy Club in Washington DC this past weekend.

Commander Tasew Desta, Elias Wondimu and Fentahun Tiruneh are among the ten recipients of Emperor Menelik II Adwa Medal. The medals were presented by president of the Imperial Crown Council, Prince Ermias Sahle-Selassie Haile-Selassie.
[adToAppearHere]
Commander Tasew Desata ,whom Prince Ermias Sahle Selassie called Admiral Tasew Desata during the award ceremony,was head of Ethiopian Navy. Elias Wondimu is founder and CEO of Tsehai publisher and is decorated for relentless work to preserve Ethiopian history through publications and pass it to the next generation. Elias Wondimu is hailed by Prince Ermias as “great Ethiopian, great African and great American.” Fentahun Tiruneh works at the library of congress in the US and is recognized for his contribution to Ethiopia and Ethiopians.

The late Professor Richard Pankhurst, British historian who spent his life researching and writing about Ethiopia and passed away this month in Addis Ababa, is commemorated during the occasion.