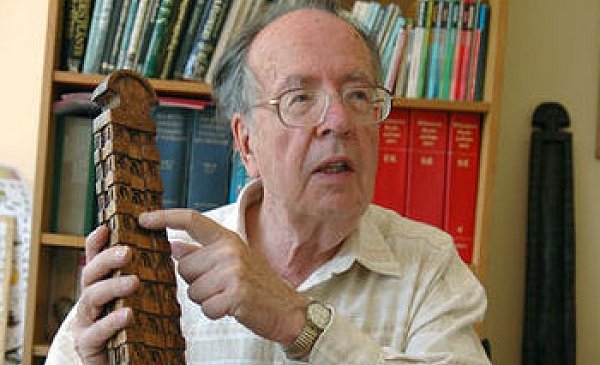 It was with deep sorrow that I learned the passing of Professor Richard Pankhurst, my teacher, mentor and role model, an eminent historian, a foremost economist, a celebrated educator who listened to the voices of various generations of Ethiopians on whose world views he left an indelible mark.

Indeed, we have lost a scholarly giant, a proud citizen of the world, a patron of Ethiopian history, economics, art and culture. Like his mother Sylvia, Richard Pankhurst dedicated his whole life to the cause of our country, Ethiopia. His prodigious intellectual contribution to Ethiopia is unmatched by any other Western scholar weather ancient or contemporary.

I was lucky enough to be his student during my teen age years at the University College of Addis Ababa and remember the time with fondness and nostalgia. When he intended to impart an important knowledge, Richard always interjected it with a pungent humour that we, his early students, still reminisce clearly decades later. Only a few of us who took his introduction to economics course know that it was Richard Pankhurst who sawed the seeds of progressive ideas among the burgeoning revolutionary youth of the 1960’s with his deliberate persuasive and dialectical pedagogical approach. We used to comment outside class that to take Richard’s course was a virtual guarantee that we would come out with a robust commitment to social justice.

Richard Pankhurst remained a beacon in my academic life. He was also kind and generous. I still remember when he commented to me at a rare encounter at Hamburg University a few years ago: “Paulos: your book, Ethiopia: a Comprehensive Bibliography is my Bible!” I was clearly humbled to receive such accolade from a great man, soon to be awarded the Order of the British Empire by Queen Elizabeth II. Such is Richard Pankhurst: his compliment was not because my book was so monumental but because he wanted to encourage me to produce more. Richard and his beloved wife Rita made me promise to work on a sequel covering the area after 1989 when my book came out and I promised I would. Though distracted by other commitments since then, I took up the challenge starting last year to update the bibliography in order to finish and show it to my master but even though that reference text will be published in the not too distant future, to my deepest regret, presenting it to him is not going to be.

To speak not only on my behalf but also on behalf of my Ethiopian compatriots who have benefitted from the gargantuan intellectual contributions of Richard Pankhurst, how fortunate all of us have been to have shared our lives with him. Though today is a day of sadness, in reality, we should be savouring the glory of our good fortune that he touched our lives in the first place.

Richard Pankhurst’s life was a blessing, his memory, a treasure. He is loved beyond words and is missed beyond measure by the post war generation of Ethiopians. May he rest in peace.
[adToAppearHere]