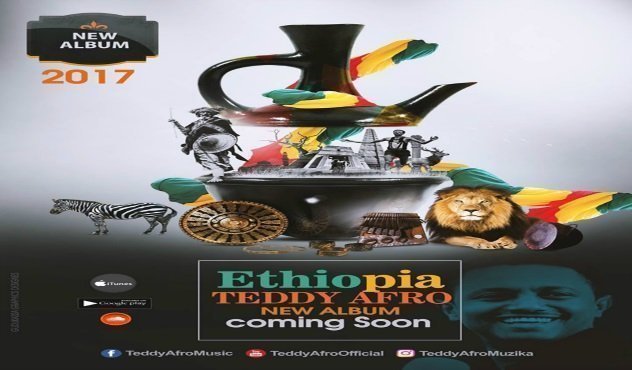 Come Ethiopian Easter this April, Teddy Afro will release his new album. He announced the news in his Facebook update yesterday.

“Very glad to announce that my 5th studio album,Ethiopia is due to be released on Easter!” wrote Teddy Afro. It’s named “Ethiopia.” In fact, the theme of most of his songs is Ethiopia; society, history, faith, culture,love – rather in its sanctified form – , among other things. It is hard to find a Teddy Afro song that is not popular.

Teddy Afro is the giant of Ethiopian Music for this generation.He writes and composes his own song.

“Fikir Yashenfal”, translates to love wins, is equated with Teddy Afro. It has become a key closing message for many Ethiopian bloggers and activists in the social media. It is Teddy Afro’s flagship message.
[adToAppearHere]
He is also known for his charitable activities in Ethiopia. Among other things, he donates to an organizations that supports elders. And he seem to have succeeded in injecting that altruistic spirit among his fans. His fans donated blood last July in the occasion of Teddy Afro’s birth day.

Yet, Teddy Afro has detractors as well. He has been a target for radical ethno-nationalist activists. Reason? He glorifies Ethiopia in his songs. He glorifies leaders like Emperor Menelik II who is known the world over for his remarkable victory at the battle of Adwa against Italian colonialism.

Radical ethno-nationalists have influence in Ethiopia even when they are in the opposition. Teddy Afro’s two concert deals with the coca-cola company and Bedele Beer factory in Ethiopia were cancelled. It was radial ethno-nationalists who were behind it. But again Ethic nationalism has become an ideology in Ethiopia. Even the federal regions are based on ethnicity. It is unlikely that campaign to cancel Teddy Afro’s concert deals succeeded without tacit support from the government.

On the other hand, are Ethiopians who admire the works of Teddy Afro supporting him as much as they should? Does not seem to be that way.