Former head of Ethiopian Bank, the late Taffara Deguefe was one of Ethiopian students who were sent abroad for higher education. He studied in Canada and returned back to Ethiopia to serve his country.

Like Ethiopian Airlines, commercial Bank of Ethiopia is the product of patriotic educated Ethiopians and Taffara Deguefe played a key role in transforming it essentially to what it is today as an institution ( In fact, under the current regime, it is one of the most embezzled institutions and it represents the acme of government corruption). Later, he was governor of National Bank of Ethiopia and his signature was in Ethiopian currency for a long time.

When the imperial government of emperor Haileselassie was overthrown, Taffera was one of the officials who was thrown to jail. He spent well over five years in prison.

In prison,as he said in the video above,he had an opportunity to see Emperor Haileselassie when he was interrogated by members of military officers regarding alleged huge money deposited abroad. Taffara said that the emperor questioned back the military officers as to where such a huge amount of money would come from and why it will be kept abroad. The allegation was on billions of dollars. 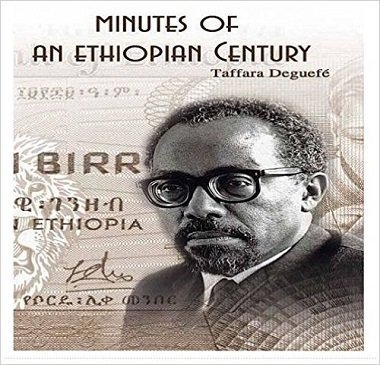 Retrospectively, had there been such a huge fund abroad, Taffara Deguefe, as head of Ethiopian Bank, would know about it with a certain level of detail, at least.

Taffara Deguefe discussed the matter in his autobiography,”Minutes of an Ethiopian Century,” published in 2006. As in the video, he was of the view that it is unrealistic to expect such a huge fund. It was untrue. His book has got a very good review on Amazon but looks like it is sold out . The writer of this blog read it about six years ago, and found it to be very informative.

Credit : Video is shared from YouTube channel of Zion Fyah and he, apparently, did the interview with the late Taffara. click here to check out his page.