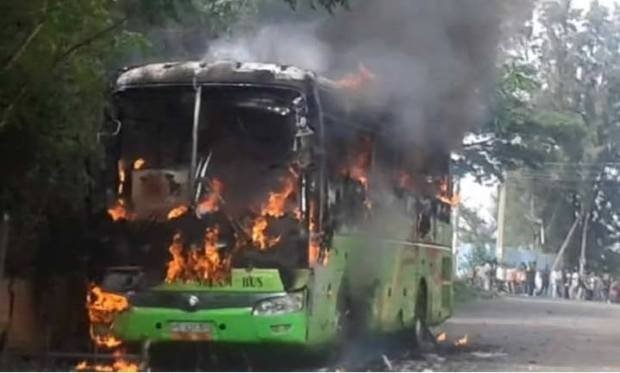 The loss is attributed to cancellation of about 650 trips to Negemete and Assosa due to the protest in Oromia region of Ethiopia.

From the report, 8.5 million birr loss does not reflect losses in North Western parts of Ethiopia, Gondar and Gojjam, as a result of popular protest which was sparked when what Addis Fortune described as “Anti-Terrorism special forces” and Members of Wolqaite committee clashed following the move by the former to arrest the latter. The clash that started in Gonder quickly spread to other parts of Amhara region of Ethiopia.

It is to be recalled that after hundreds of civilians were killed brutally by forces loyal to the regime people lost patience about anything related to Tigray People’s Liberation Front. Consequently, Selam bus business operation in the region was severely affected. Buses belonging to Selam were reduced to nothing in some instances.

Ethiopians who are well informed of entities that own part of the loot from corrupt and ethno-chauvinist politics of TPLF assert that Selam Bus Share company belongs to henchmen of the dominant political force in the ruling EPRDF coalition, TPLF.

Furthermore, the opposition targeted business that are believed to be related to the regime in power in one way or another for economic boycott and Selam Bus share company was, probably still is, one of the targets for economic war.

Despite all that the company claimed to have amassed a net profit of 33 million birr this year. If the report is to be taken at face value,this year’s profit reportedly surpassed last years’ profit by about 11 percent.

The situation in Gonder region of Ethiopia is reportedly evolving to a war zone. It is kind of unimaginable for Selam Bus to operate worry free in that part of Ethiopia.

In regards to Oromia region, with arbitrary arrest of Merera Gudina, Oromo Federalist Congress leader, protests are anticipated to resurge in the region.