“I would have regretted for the rest of my life if I didn’t make the protest gesture in Rio,” Feyisa Lilesa 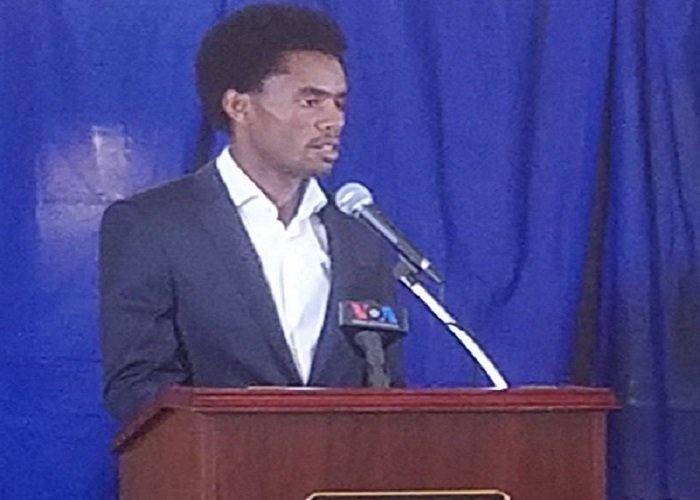 International marathon star and Ethiopia’s symbol of defiance against a brutal regime, Feyisa Lilesa, whose protest gesture at the Rio Olympics exposed the atrocities committed by the regime in his country to the world, said he would have regretted for the rest of his life if he didn’t make the protest gesture at the finish line at the Rio marathon.

Feyisa crossed his arms as he finished second at this year’s summer Olympics in Rio drawing international attention to the plight of his people in Ethiopia by a brutal regime.

“I am happy to be the voice of the people who are suffering in the hands of dictators,” Feyisa said in Washington DC.

“In Rio, my legs were running, but my mind was caught in atrocities that was being committed against my people,” he said with a visible look of defiance on his face as he stands on the podium of a press conference.

Feyisa met the press in Washington, DC on Tuesday for his maiden press conference. He came to the US, where he was encouraged by the large presence of compatriots from his country, and where he will be seeking asylum.

Asked if he would run for the USA, Feyisa said he would still run for Ethiopia provided there is a government that respects human rights and keeps the dignity of its people. “If the regime changes and people are free, I will go home the next day,” Feyisa told a gathering of the international press.

He said he regularly contacts his family and they are so far fine. “But I am still concerned about their safety.”

“The regime in Ethiopia has lost legitimacy. It is using the power of the gun to stay in power; but it is only a matter of time before the gun to be turned against the regime,” he noted.

Feyisa hinted that he would continue his training in one of the high altitude states in the US and thanked everyone especially the people of Brazil and compatriots and fans who so far raised 160,000 dollars in a fundraising campaign.
__________
For more information about this report, check ESAT