Armed priest in Ethiopia and the political context of it 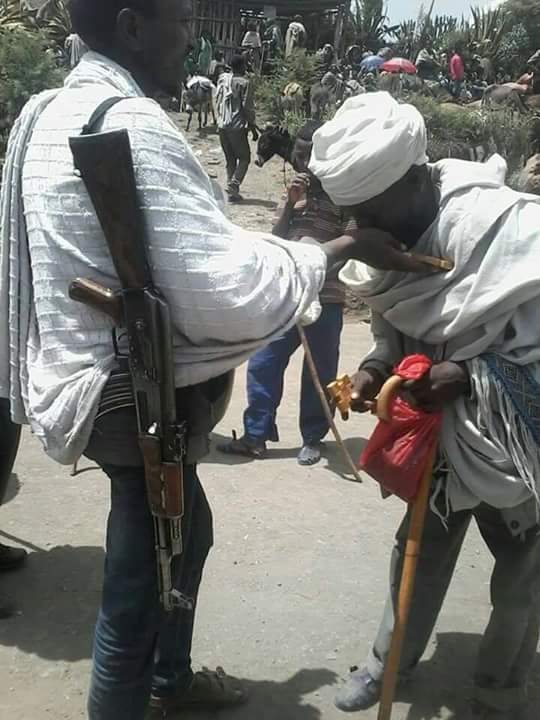 A priest with AK-47. Pictures is believed to be from Tigray region. Source :Social Media 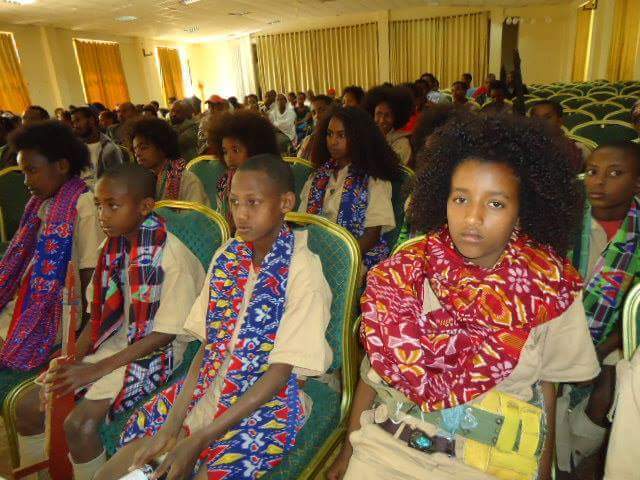 Children are made to wear TPLF guerrila combatant style. The question is who is the perceived enemy? Photo credit: social media 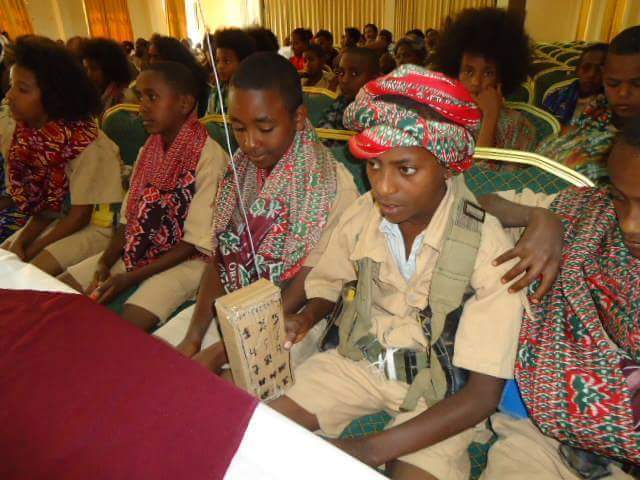 Children are made to wear TPLF guerrila combatant style. The question is who is the perceived enemy? Photo credit: social media

It is not uncommon to see pictures in social media that pretty much capture the state of Ethiopian politics. But the last thing one would expect is to see picture of a priest armed with AK-47 (see above) stretching out his cross for another priest to kiss it. The picture, it is shared on facebook in fairly large number, seem to be taken somewhere in Tigray- an ethnic base of the ruling party in Ethiopia. The story it tells is clearly political ; possibly related to the ongoing unrest in Ethiopia in a way hinting what many fear could happen,unless reversed, in Ethiopia due to belligerent and chauvinistic measures of the regime in power.

The government in power forged absolute control over Ethiopian church to the extent that the church is adopting views and practices, including corruption and ethnic politics, from the ruling party. Historically, the Ethiopian church had close relation with state. That is a fact. In that sense, politicization of church leaders should not be seen as something new. However, it is important to be clear about misconception regarding church and state relation in the past.

Unlike the situation now, Ethiopian church, in the imperial governments prior to the military rule that came after the overthrow of Ethiopia’s last emperor,Haileselassie, revered the monarchy and the other way round. Yet, it is not accurate,as some notable historians like the late professor Merid WoldeAregay proved, to see Ethiopian church as weak and subservient to the monarchy. There was a line that the monarchy would not cross.

Historically,church leaders ( including priests) are mobilized when the independence of Ethiopia faced threat from invading forces. This has happened during the Italian invasion but their role does not seem to be more of combat one.

The reason for the conundrum of seeing militarized priest in “stable and economically growing” Ethiopia has a lot to do with ethnic politics and mobilization along ethnic lines. As much as the ruling party works hard to disarm very limited number of Ethiopians that are armed in North Western Ethiopia, it has recently armed people, including priests,in entire Tigray region. And the perception created is as if something dangerous is about to happen to ethnic Tigryeans – there by misrepresenting chaotic political challenge that Ethiopia is currently living.

In terms of demography, the ethnic group that the ruling TPLF party belongs to constitutes less than 6% of the entire population of Ethiopia. And yet it dominated key sectors of government departments including security, military commands and foreign services for more than twenty five years besides creating ethnic based wealth by creating conditions of exclusive privilege based on ethnicity. And all that while violently oppressing Ethiopia. As expected, the situation gave rise to popular uprising which the regime seem to be thinking that it could suppress it with excessive use of force.

Continuation of status quo is being projected as a condition of “peace” and that is what Ethiopians reject completely.Facebook status update from “Federal Government Communications Affairs of Ethiopia” implied a situation like Syria could happen in Ethiopia which it described as “playing with fire.”

And from the informants with connections in Tigray, Tigrieans seem to be inclining towards the view that the popular movement across Ethiopia is a threat to Tigreans. Why else would they be mobilized to the extent that a priest accepts pressure, psychological or otherwise, has to arm himself with AK-47 as if enemy force is advancing to take Tigray away from them. In part, the situation is failure on the part of the church. It seem to have lost its moral authority to influence in situations ; a priest had to be dissuaded that Ethiopians constitute danger to Tigreans.