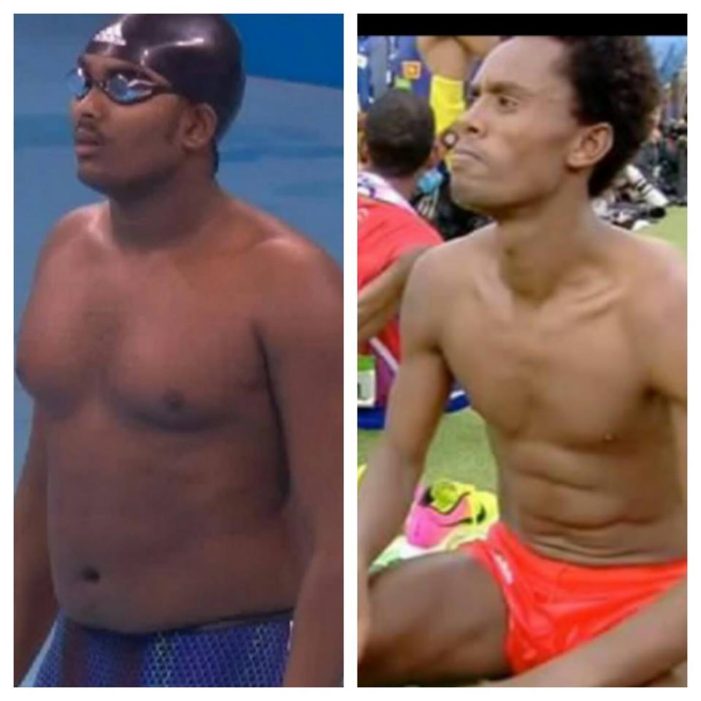 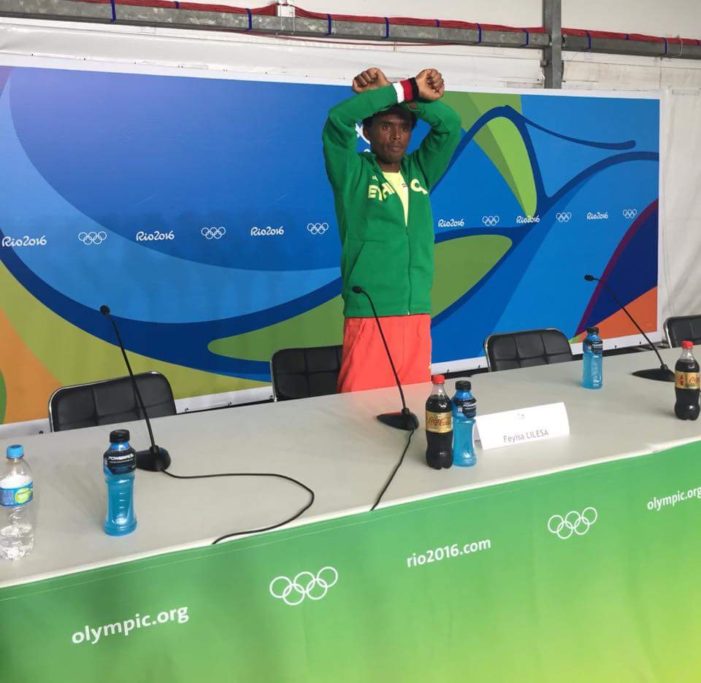 Feyisa Lilesa during a presser after his victory. Source : facebook page of Eshetu Homa Keno 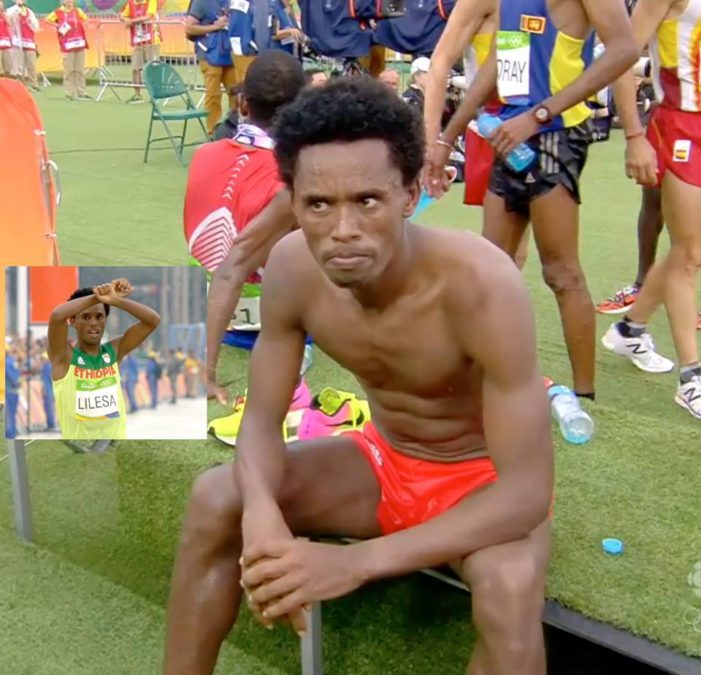 Feyisa Lilesa got Ethiopians talking, not about his silver medal which should have been a matter of celebration under normal circumstances but about his courage to condemn repression and oppression in Ethiopia risking his career and life in Ethiopia. In fact, the risk could even affect his close relatives in Ethiopia.

Very unlikely that Feyisa Lilesa could go back to his country Ethiopia while the ruling government, which has been under pressure due to consistent resistance from Ethiopians, is in power.

There are speculations that he could head to the United States or Europe to seek political asylum.

The pictures above are collected from social media sources.