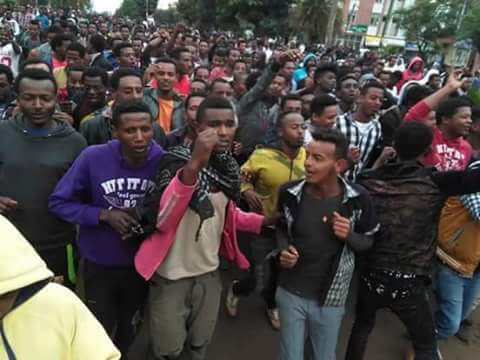 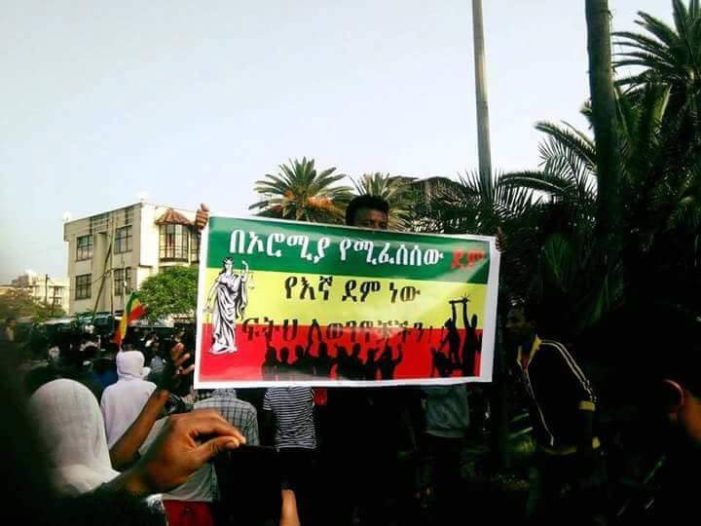 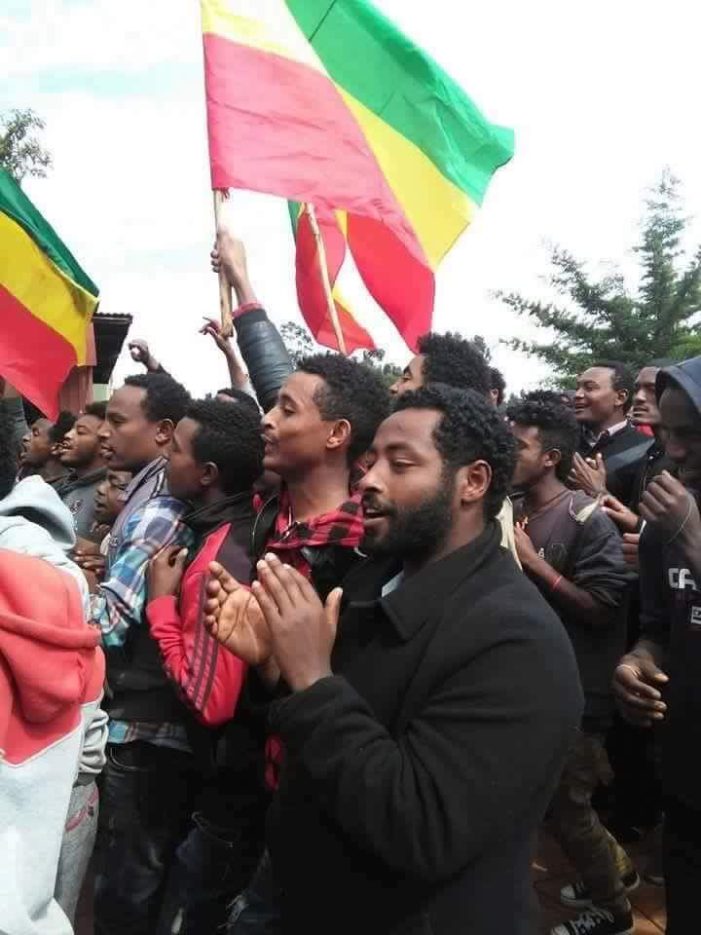 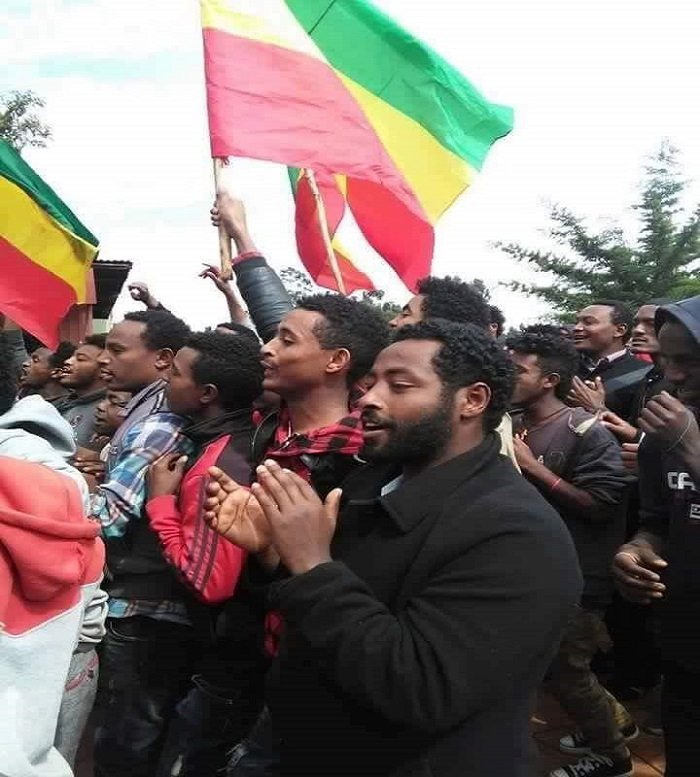 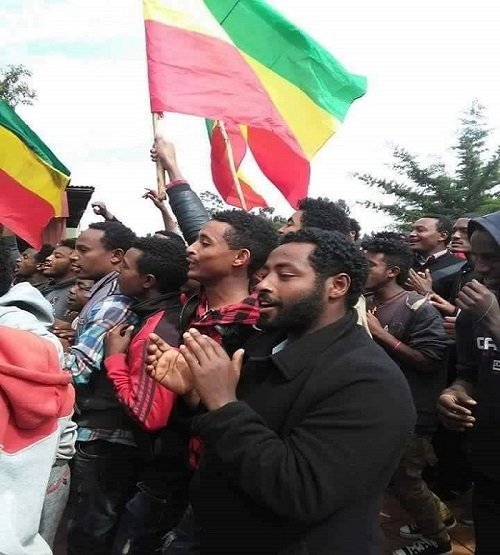 Despite unprecedented killings of peaceful protestors in Bahir Dar City over last weekend, people in Debre Markos took to the street en masse in a show of defiance to intimidation by the regime which mounted mass crackdown and arrest even after record number of people were killed when loyal forces of the regime fired live ammunition against protesters.

Based on Social media reports from the town of Debre Markos and Addis Ababa , defense forces from Birkshelelko military barrack are deployed in the city following the outbreak of the uprising. And they reportedly opened fire against protesters. At least

Debre Markos is located about 254 kilometers to the South East of regional city and tourist attraction Bahir Dar. Historically, both cities were under same regional administration of Gojjam which was purely based on region as opposed to ethnicity which is the case under the ruling TPLF government.

As in the case in the massive protests in Bahir Dar and Gonder cities, the movement in Debre Markos is mainly about Wolqaite – a region in Northern Gonder which the regime in power incorporated to Tigray region after TPLF took government power.

A report by Ethiopian Satellite Television some time this week indicated that high ranking government officials at the Federal level held a meeting with people in areas where there has been popular protest.

And they are said to have “advised” (warned rather) people to forget the issue of Wolqaite- something that could be seen as a clue that the movement, and there is an activist group that describes the movement as “Amhara Resistance, is likely to be persistent with a chance to evolve along armed struggle to reclaim what they think is stolen identity.

One Response to "Defiant anti-TPLF protest in Debre Markos , Ethiopia"