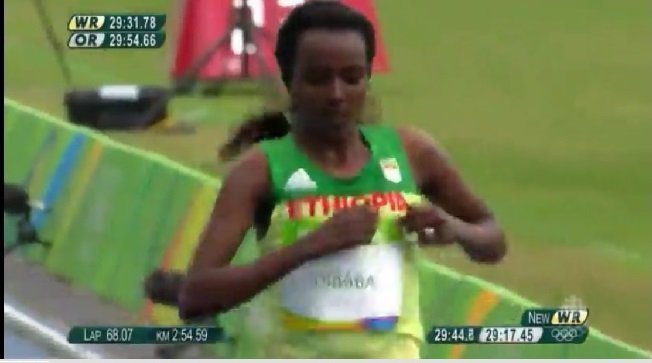 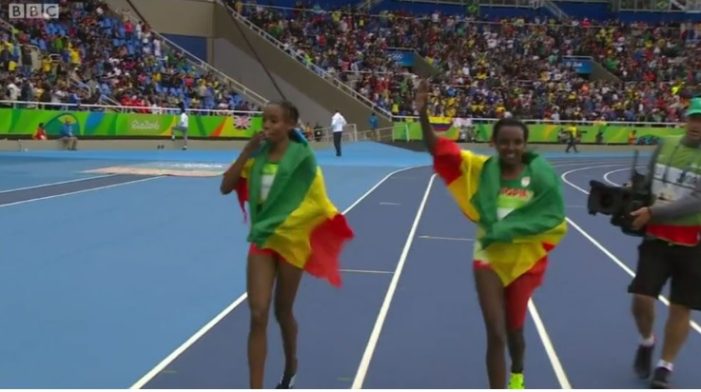 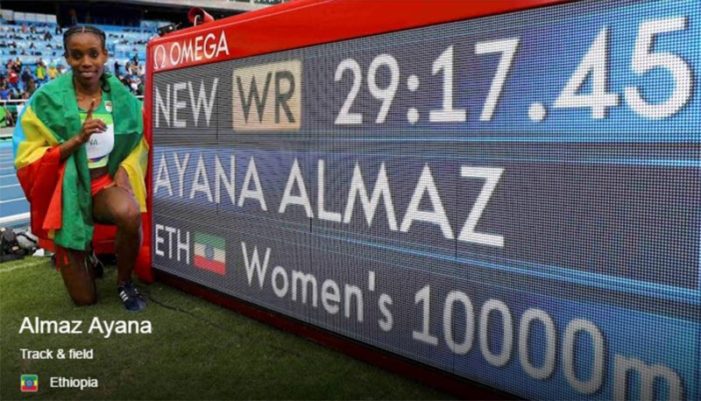 Dubbed as a power house in the 10,000 meters Athletics category, Ethiopia proved itself that it is indeed the best in the distance.

Ethiopians were quite certain that the gold medal belongs to Ethiopia. The suspense was more about knowing which of Ethiopia’s best world athletes put Ethiopia in the medal table.

And it’s Almaz Ayana! Owing to her repeated recent performances in the international stage, AlmaZ Ayana was highly anticipated in the distance. And She did it. And it is New world record! She finished the distance in 29:17.45

Almaz is competing at the 5000 meters category as well. Expectations are very high that she will make double Olympic gold medal.

In the 17th minute, Almaz was already in a sprinting position meters ahead of what was a leading pack and running comfortably. Almaz in Amharic language translates to “Diamond”

Other athletics events are coming up for Ethiopia at the Rio2016. Aman Mohammed finished second to pass to men’s 800m next round.

Three Ethiopian athletes have qualified for the next round of 1500 meters event.