TPLF forces massacre at least 150 people in Amhara and Oromo regions as protest against the brutal regime continues : ESAT 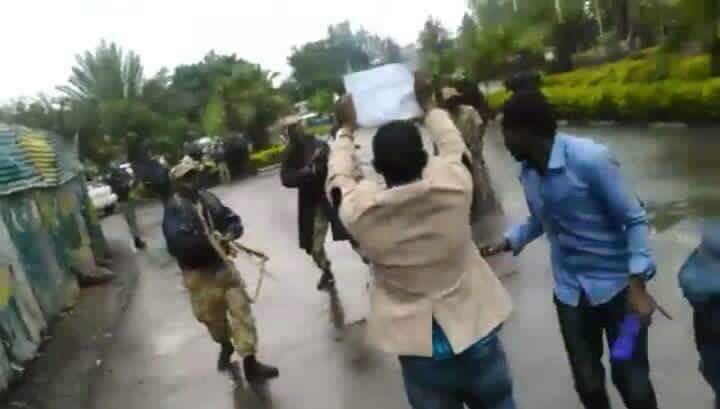 The brutal regime in Ethiopia has continued to kill peaceful protesters in the ongoing anti-regime protest rally in the Amhara and Oromo regions that called for an end to tyranny and 25 years of oppression and corruption by a minority rule.

The ruling Tigrayan minority sent snipers of its Special Forces called the Agazi to the Amhara and Oromo regions where the weekend saw hundreds of thousands of people staging anti-regime rally saying enough to the oligarchic rule.

The Agazi forces rained bullets directly at the peaceful protesters killing at least a 100 in the Oromo region and 50 in Gondar, Bahir Dar and elsewhere in the Amhara region, in the just ended weekend alone. The killings in the Oromo region brings the total to at least 700 since the uprising started nine months ago.

The locals, in defending themselves, have killed a dozen soldiers of the regime. In Musie Bamb, Gondar, farmers on Sunday ambushed and killed eight regime soldiers. In Tekil Dingay, armed locals have ambushed a convoy of regime soldiers killing seven.

Armed people in Seroka on Sunday cornered an army of the regime led by a General. The farmers had withdrawn following mediation by elders. The locals left Sekota with their families to spare themselves from the brutal forces. They denounced the regime and said they would never again rule by the oligarchy. A number of tanks and soldiers with heavy artillery were seen in Sekota on Sunday.

The nine month uprising in the Oromo region, the largest in the country, reignited on Saturday refusing the rule by the minority regime. Protest rallies were staged all over the Oromo region on Saturday. Gruesome pictures and videos of protesters shot in the head and torso were shared widely in the social media, shocking Ethiopians and the international community. In the commercial town of Aweday, eastern Ethiopia, a funeral for those killed by the regime turned into a protest rally. Summer students at the Haramaya University have also stage a demonstration denouncing the regime.

In the capital Addis Ababa dozens of protesters were brutally beaten by security forces, shocking video evidence of which was shared on social media.

A close ally of the US, the TPLF regime has been getting away with extrajudicial killings, mass arrests and stifling freedom of speech in Ethiopia with no consequences to its actions and a deafening silence from the US and the international community in the face what amounts to crimes against humanity.