Embassy ’s Statement is a Testament of U.S. Failed Policy towards Ethiopia – By Anteneh Mengistu 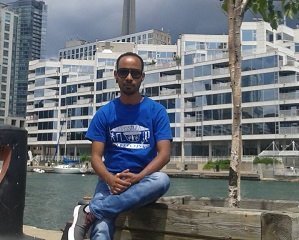 Today’s statement by U.S. Embassy in Ethiopia regarding the ongoing nationwide resistance has caught some by surprise and gutted many others to their cores. However adapted you might be, it is always painful to get a slap on the face. Unsurprisingly, I was not among those mentioned above. I was neither surprised nor gutted. In fact, it once again proved to me that we the people are the only saviors to our own devils. U.S., or any other country for that matter, only minds about its own interests.

Let’s put this into context. Looking back at some of the most historic events in Ethiopia’s political discourse clearly demonstrates that U.S. and the West have repeatedly given unreserved support to the totalitarian regime. One instance in particular easily emerges as a watershed moment defining U.S. relations to Ethiopia and its people; the 2005 election.

Unlike the two prior elections of 1995 and 2000, the 2005 election was widely considered as a landmark in the democratization process of the country. On the Election Day, an astonishing 90% of the eligible voters turned out and cast their ballots. Based on the relatively peaceful and fair voting process, many hoped democracy was finally emerging. That, however, lasted only less than 24 hours. The next day, the whole nation descended to chaos after the ruling party claimed victory even before the Election Board announces its preliminary results.

Nationwide demonstrations led to violent confrontation between the military and millions of people on the streets of major cities and towns of the county. Over two hundred people were shot dead by government forces. Children and women were among the dead. Thousands of political party leaders and peaceful protesters were also imprisoned and harassed.

This election dispute put the country in a total crisis. At the time, Secretary Herman Cohen, former assistant secretary for Africa said “the Government of Ethiopia, once considered a symbol of fledgling democracy, has become authoritarian and even totalitarian regime”. He called for his country to enact Bill H.R. 5680, which calls for political sanctions against the Ethiopian government.

Many Ethiopians, international organizations, human right activists, and other concerned individuals and groups hoped that the Bill would be enacted and pressure would mount on the regime. Although it was first passed by the U.S. House of Representatives in June 2006, the Congress sidelined the proposed sanction against the Ethiopian government considering the country’s strategic importance for the war against terrorism in the horn of Africa, an emerging and most important issue to the U.S. Following 9/11, war on terror became a top priority of U.S. foreign policy and international relations. With its direct military involvement in Iraq and Afghanistan under severe public scrutiny, U.S. drafted proxy wars in targeted areas. As a result, regional allies became vital.

Located in the turmoil region of East Africa, adjacent to the stateless Somalia, which is home to ICU, one of the most radical Islamist terrorist groups with obvert affiliation to Al Qaeda, Ethiopia was the only viable option for the job. That came as a blessing for the tyrant government which embraced the proposal and sent its troops to Somalia. That changed everything. That changed U.S. policy towards the country. That changed the West’s policy towards Ethiopia. They have all turned a deaf ear to everything but their interests. That, contrary to the hopes of millions of Ethiopians, has become the order of U.S. business in Ethiopia.

The whole paradigm changed drastically. Orchestrated by U.S., Western treatment of the regime has completely changed. Public relation discourses changed, development narrations emerged, as foreign aid blossomed. Between 2005 and 2012, foreign aid to the country increased three folds. The country still remains one of the top recipients of foreign aid in the world with an annual foreign aid of over 4 billion dollars, a quarter of which comes from United States.

These have all happened despite the well documented regress in democracy and human rights protection in the country. With immunity from the West and U.S., the Ethiopian government has completely thrown its mask away and openly came out as a totalitarian regime. The decade since 2005 has witnessed the regime passing a series of repressive proclamations such as the anti-terrorism law, charities and societies proclamation, the new media law, the telecom fraud law, and a number of other regulations aimed at further criminalizing dissent; thousands of political opposition members languish in prison as a result.

Despite unprecedented relentless advocacy and campaign by international human rights groups, activists, and the Ethiopian Diaspora, United States and the West are yet to change their policy towards the country. Contradicting the records of their own State Department, the U.S government has decided to consistently side with the regime. What might be surprising is that, through time, they have even got ridden of their usual lip-service and started to openly side with the regime. Today’s statement is also a testament that, in current Ethiopian affairs, nothing matters than pleasing the regime. Remember that, after claiming 100 % win in the 2015 election, President Obama has shamefully praised that the Ethiopian government is democratically elected.

Not much is going to change anytime soon. As Henry Kissinger once said, and many analysts have come to agree, “America has no permanent friends or enemies, only interests”. And for now, no one is serving their interest better than the EPRDF government.

It is clear that U.S. is only after its interests. In every country, it always supports the strongest most powerful group that agrees to adhere to its interests, even when that group happens to stand in the opposite side of the people in that country. We have seen that in Egypt, we have seen that everywhere. With the absence of alternative powerful groups in the country, United States is only doing the right thing. The only question should be, are we doing the same?

_______
Anteneh Gedamu is Researcher and Policy Analyst based in Toronto, Canada.
Can be reached through gedamuanteneh@gmail.com