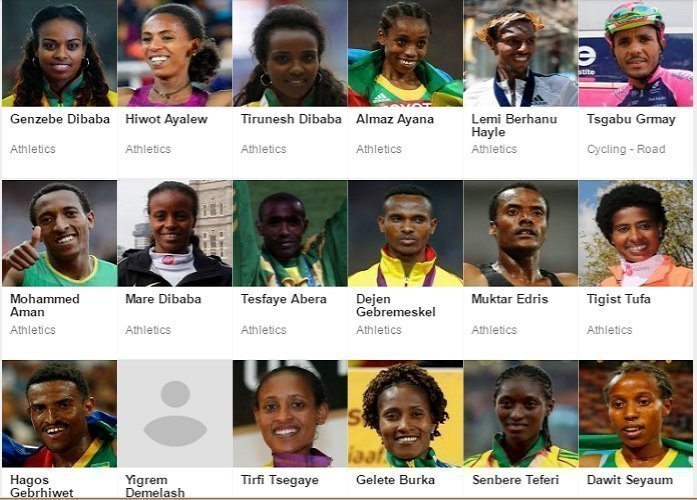 Some members of Ethiopian Team members at Rio 2016 Source : Screenshot from Rio2016.com 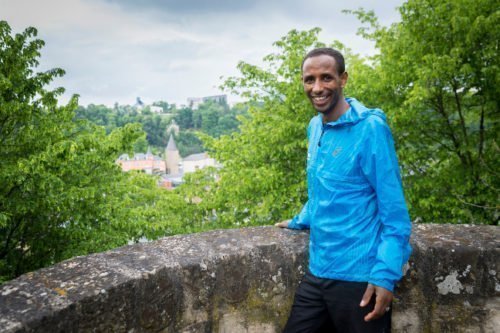 Rio Olympic 2016 is opening Friday August 5,2016. Opening ceremony will take place in what is said to be Brazil’s legendary stadium, Maracanã Stadium.

Games in all disciplines kicks off fully on August 6 – a day after the opening ceremony. Athletics events are mainly scheduled between August 12 and 20. Marathon, the most anticipated events of all games -at least as far as most Ethiopians are concerned, is scheduled on August 12 and 21.

Information available on Rio2016 website shows that Ethiopia sent about thirty eight athletes and will take part, as usual, in medium and long distance events.

Big names in Ethiopian Athletics are included in team Ethiopia. Tirunesh Dibaba, Ethiopia’s legendary and most celebrated athlete who inspired other Ethiopian Athletes including her own sister Genzebe Dibaba- who is now a record holder in her own rights, is back after years of maternity leave. No question that Tirunesh is there to claim another Olympic medal.

Other big names in the game include Almaz Ayana ( she aspires for double gold medal and in the shape that she is now she could do it!), Genzebe Dibaba, Aman Mohammed, Mare Dibaba (Marathon), Hiwot Ayalew, Gelete Burka, Tigist Tufa – just to mention few names. Yet, there is also a missing name from the Olympic team. Ethiopia best long distance runner, Kenenisa Bekele is bot part of team Ethiopia at the Rio 2016. And there seem to be politics about it within the Ethiopian Athletics Federation.

Something a bit unique in relation to Ethiopia ; Ethiopian refugee athlete is taking part at in men’s marathon event at Rio Olympic 2016. Yonas Kinde , 36, was unable to compete at major international events due to his refugee status. He has been living in Luxumbourg since 2013. He is running at Rio 2016 representing Refugee team.

Many say that Marathon is essentially about endurance – possibly a reason why it became an Ethiopian thing. Ethiopia’s legendary athlete Abebe Bikila won double Olympic gold medal in Marathon and he run one of the race barefoot.

Ethiopia is one of the leading African countries that are able to put themselves in a visible spot at the medal table.

And yes, there is an expectation from Ethiopians. Best of Lucks to team Ethiopia.