Ethiopia : “I found dead body of my 13 years old boy when I got home” says a mother in Awoday, Harar 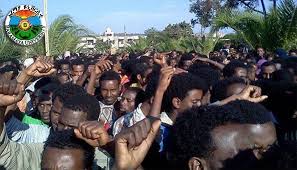 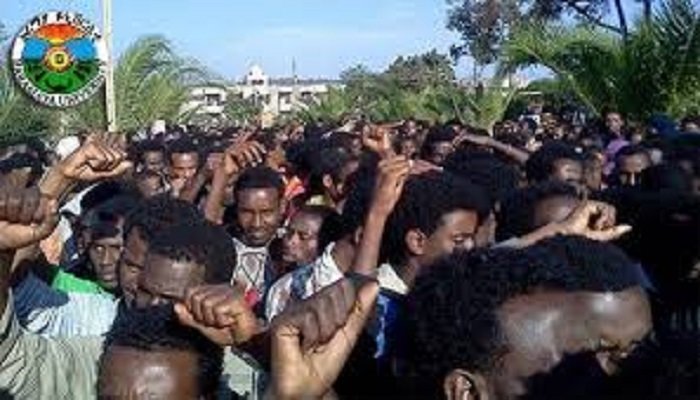 Oromia region of Ethiopia is showing no signs of stability. Last Sunday,Awoday – a commercial town between Dire Dawa and Harar ,in South Eastern Ethiopia, which is known for its Khat trade- saw a bloodiest day.

Government authorities in the region paint the killings in light of what they call a response to “mercenary terrorists” working for the outlawed Oromo Liberation Front.

Among the victims are children ranging from 7 to 13 years of age.

In an interview with Voice of America Amharic service through a translator, W/o Iftu Abdella said “I was not at home. When I got home from town, I found the body of my son. My son was very calm and academic achiever. He was a fourth grader and ranked 1st from his class.”

Based on the interview with VOA, the family was not even allowed near the funeral place. “There was a tirade between his father and the securities. When they [securities] say that they will also kill the father,Mohammed Abdurahman,peopled enticed the father not to go to funeral place” added Iftu Abdela.

Seven and eight years old children were among the victims.

Other towns in Harrar like Gelemso and Chiro have also seen killings and victims are in hospital in Adawa (Nazareth) according to Mulatu Gemechu who is vice chairman of Oromo Federalist Congress.

In an interview with Tsion Girma of VOA Amharic, Mulato Gemechu said that protest is continuing in different parts of Oromia region because what the people have been demanding for the past nine months are not given a positive response. Instead of reflecting on the demands and addressing them, says Mulatu, government is unleashing killings even on children.

Seemingly, parts of Oromia region where there have been protests in recent weeks experienced killings of civilians.

Mulatu added that one person was killed and four others wounded during a funeral procession in Bedesa town in Western Harar and six of the twenty six people who were wounded in Awoday last Sunday passed away.

Death toll from the movement in Oromia region of Ethiopia for the last nine months is proved to be more than 600 now.

Many towns in Oromia region have planned a peaceful protest during the coming weekend.

Political situation in Ethiopia seem to be getting worse despite rhetoric of conducive conditions for business.