In addition to promoting Ethiopian culture among Ethiopian Americans through arts music and culture,among other things, Ethiopian Heritage Society honors Ethiopians for their achievement, being role model and contributions to Ethiopia.

Three Ethiopians are honored in this years’ annual festival. Dr. Biruk Tedla , who completed his doctorate degree in Physics and Engineering through academic merit based scholarship, is honored for academic excellence.

Ambassador Imru Zeleke, who is now 93 years old and who actively participates in social media and beyond to promote human rights in Ethiopia, is honored for his six decades of service for Ethiopia. Ambassador Imru has also served his country as seasoned diplomat during the imperial government of Haileselassie.

In the category of “selfless sacrifice for the cause of Ethiopia,” EHSNA honored Andargachew Tsige. The sixty years old father of three children spend well over forty years of his life in the service of Ethiopia to promote freedom and democracy in Ethiopia. Andargachew Tsige was abducted while in transit in Yemen and was illegally handed over to the government of Ethiopia. Before his abducted, Andargachew Tsige was already sentenced to death in absentia. The British government started diplomatic effort to ensure the safety and fair trial of Andargachew Tsige but no concrete result emerged out of it. His nine years old daughter wrote a letter to Queen Elizabeth and British foriegn affairs expressing her disappointment that the British government did not do what it is supposed to do to protect her father. Andargachew Tsige is highly venerated among Ethiopians for his courage and selfless struggle to bring democracy and freedom to Ethiopia. 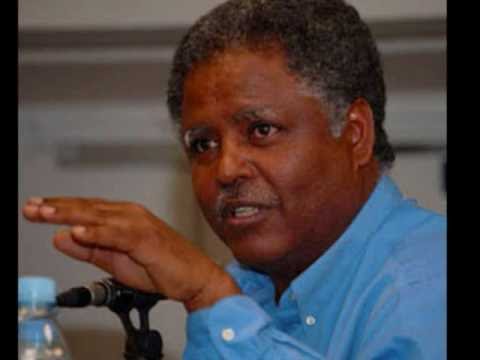 Ethiopian Heritage Society in North America is registered in the District of Columbia, USA, as a non-profit entity. While EHSNA membership is open to all, it draws its membership mainly from Ethiopians and Ethipian-Americans.