Ethiopia : new book about True origins of Oromos and Amharas

San Francisco based Ethiopian Fikre Tolossa, who is a university professor, is not a new name to Ethiopians abroad or in Ethiopia.

He is a playwright, poet and author, among other things. In addition to Ethiopian languages and English, he speaks fluent German and has taught Folklore in German Universities. 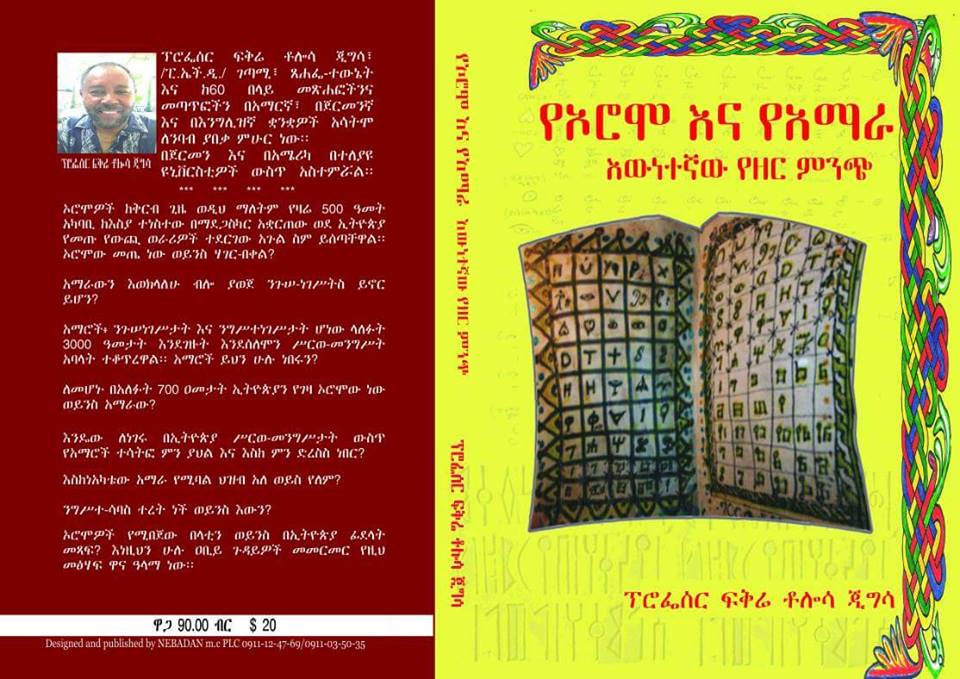 He has authored as many as 60 books – not to mention numerous published articles and media appearances on matters related to Ethiopian history.

Last week, he broke the news about his latest book “True Origin of Oromos and Amharas.” The book is written in Amharic and translates to “Ye Oromo ena Ye Amhara eunetegnaw yezer Minch.” Like many of his books, his latest book is research based.

Fikre Tolossa has got thousands of fans in social media. And enthusiasm about his new book is noticeable among Ethiopians in Social Media.

Ermias Tokuma, who is among the most active Ethiopians in social media – clearly growing day by day- wrote about the publication of “True Origin of Oromos and Amharas” with passion and optimism. He seems to have hopes that the book will clear politically charged, persistent and ubiquitous ambiguity in conversations regarding Oromos and Amhara and their relation to history.

Amharic and Oromiffa are the most widely spoken languages in Ethiopia. In fact, Amharic is spoken extensively even outside of Oromo speaking parts of Ethiopia.

While the two language speaking groups are the most intermingled peoples of Ethiopia, radical ethnic politics with a sentiment for secession and some say that the it has got foreign powers behind it, ravaged centuries and centuries of harmonious relation.

Unlike the past, in all of the politically charged conversations emphasis is rather placed on differences; the most radical groups even painted Amharic speakers as enemies.

What exactly is the new book talking about?

Fikre Tolossa, as a man who undertook a great deal of study in the history of Ethiopia as it relates to Oromos and Amharas, has authoritative knowledge to shade light on matters that are rather painted dark.

From excerpts on the back cover of the book, Fikre Tolossa posed important questions like “Who really ruled Ethiopia for the past 700 years ; Amhara or Oromo?” “What was the extent of Amhara ‘s influence and participation in dynastic rules in Ethiopia’s past?” As well, the book tend to trash the account that the Oromos originated from Africa’s biggest Island, Madagascar

The book is distributed in Ethiopia, North America and Europe.
___
Join the conversation. Like borkena on Facebook and get Ethiopian News updates regularly. As well, you may get Ethiopia News by following us on twitter @zborkena