Los Angeles Stars Champions of the 33rd edition of ESFNA 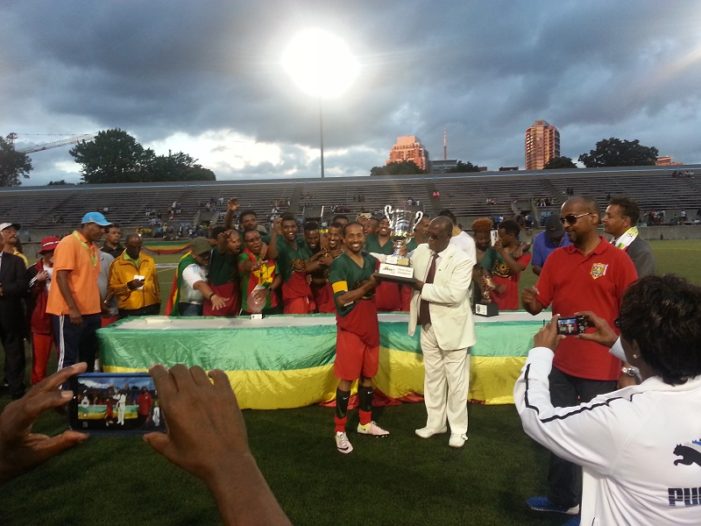 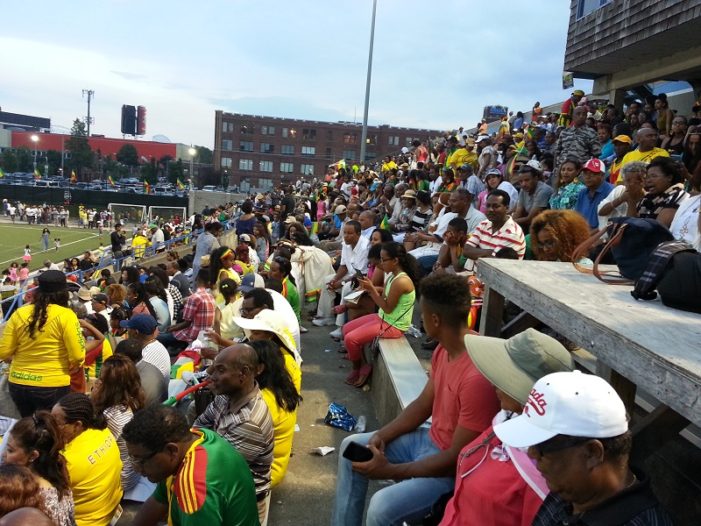 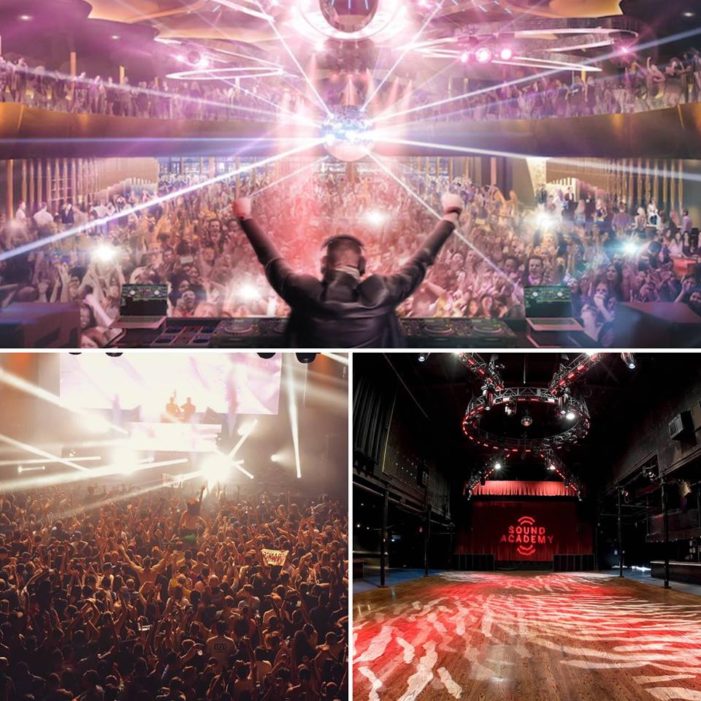 After the cup was handed over to team captain, LA Stars were in a celebratory mood and shared their joy with spectators.

No final matches in the history of Ethiopian Sports Federation in North America concluded with such a huge goal difference -according to ESFNA Facebook update. As well, this is for a second time in the history of ESFNA for a Western Conference team to win Championship cup in the East.

On the retail side, vending area was busy at the A. Lamport Stadium. CD’s , T-shirts and other souvenirs were selling fast. Products were sold out in some vending booths.

The schedule for the evening was music concert at the Sound Academy, at 11 Polson Street. The event featured Ephrem Tamru, Tewodros Tadesse, Nati Haile and Wondy Mack- among others. Artists like Ephrem Tamru and Tewodos Tadesse have been so popular in Ethiopian Music for more than three decades now.

Sound Academy was packed to more than its capacity. Ethiopians from the US, Europe and Australia has a fun time up until 4:00 o’clock in the morning.

Organizers and Ethiopians who traveled to Toronto for the 33rd edition of ESFNA seem to be very excited about their experience in Toronto.

People started to travel back to the cities they came from.

Event place for next year is not yet determined. What is known is that it could be in the West Coast in the US.